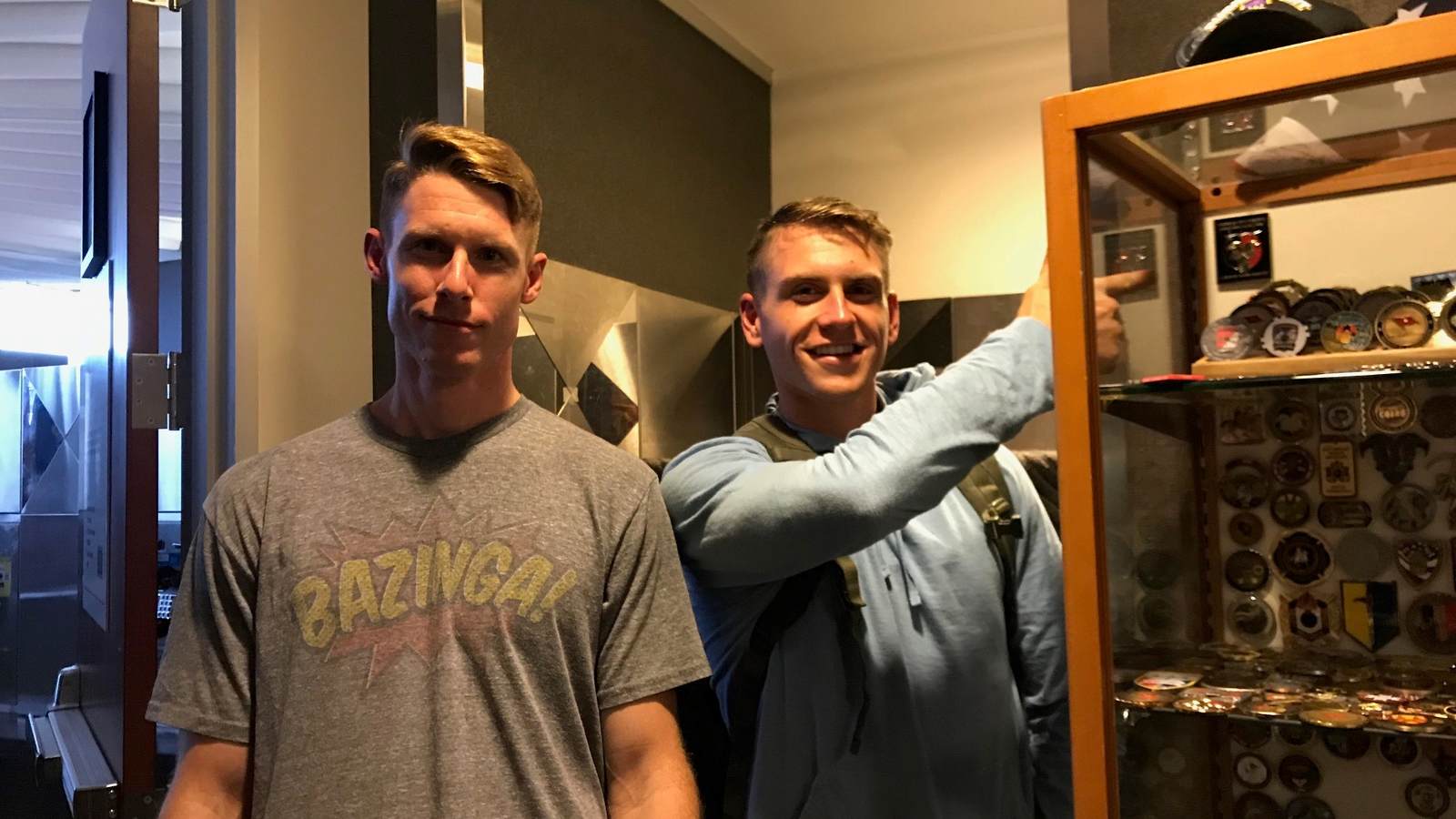 The 2020 Best Warrior Competition began with the Army physical fitness test: a three-event test consisting of two minutes of pushups, followed by two minutes of sit-ups, and finished with a timed two-mile run. Over the next three days, the soldiers competed at weapons qualification, warrior skill tasks, land navigation, a confidence course obstacle race, and a question-and-answer board. The competition capped off with a timed 10-mile road march with a 40-pound rucksack.

﻿The nine competitors were selected from a pool of nearly 10,000 soldiers in the Illinois Army National Guard through platoon, company, and battalion-level boards to compete as Illinois’ Best Warriors.

The traveling service members presented our USO staff and volunteers with the United States Army Reserve Command Sergeant Majors challenge coin from the 2020 Best Warrior Competition. The coin will now be on display in our commemorative coin case at USO O’Hare Terminal 3.