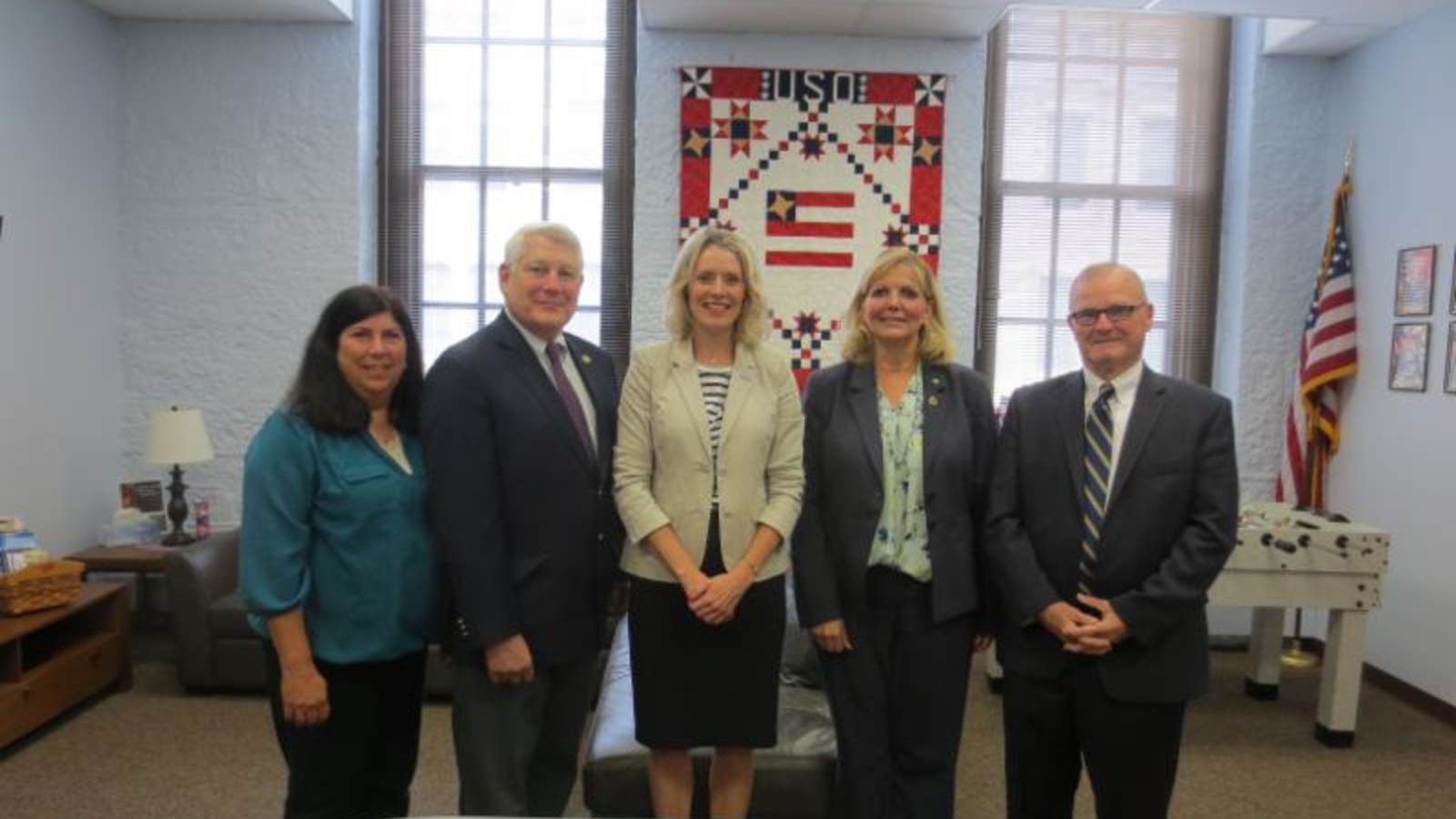 On August 23rd and 24th, USO Rock Island was visited by a special guest General Carter Ham, President & CEO for the Association of the United States Army, and LTG Patricia McQuisition. USO staff and volunteers were also in attendance for a presentation given by General Ham at the Figge Art Museum. The following day, the pair took a tour of Rock Island Arsenal, where they stopped at USO Rock Island for a brief center tour and took advantage of the opportunity to meet service members stationed on the arsenal.