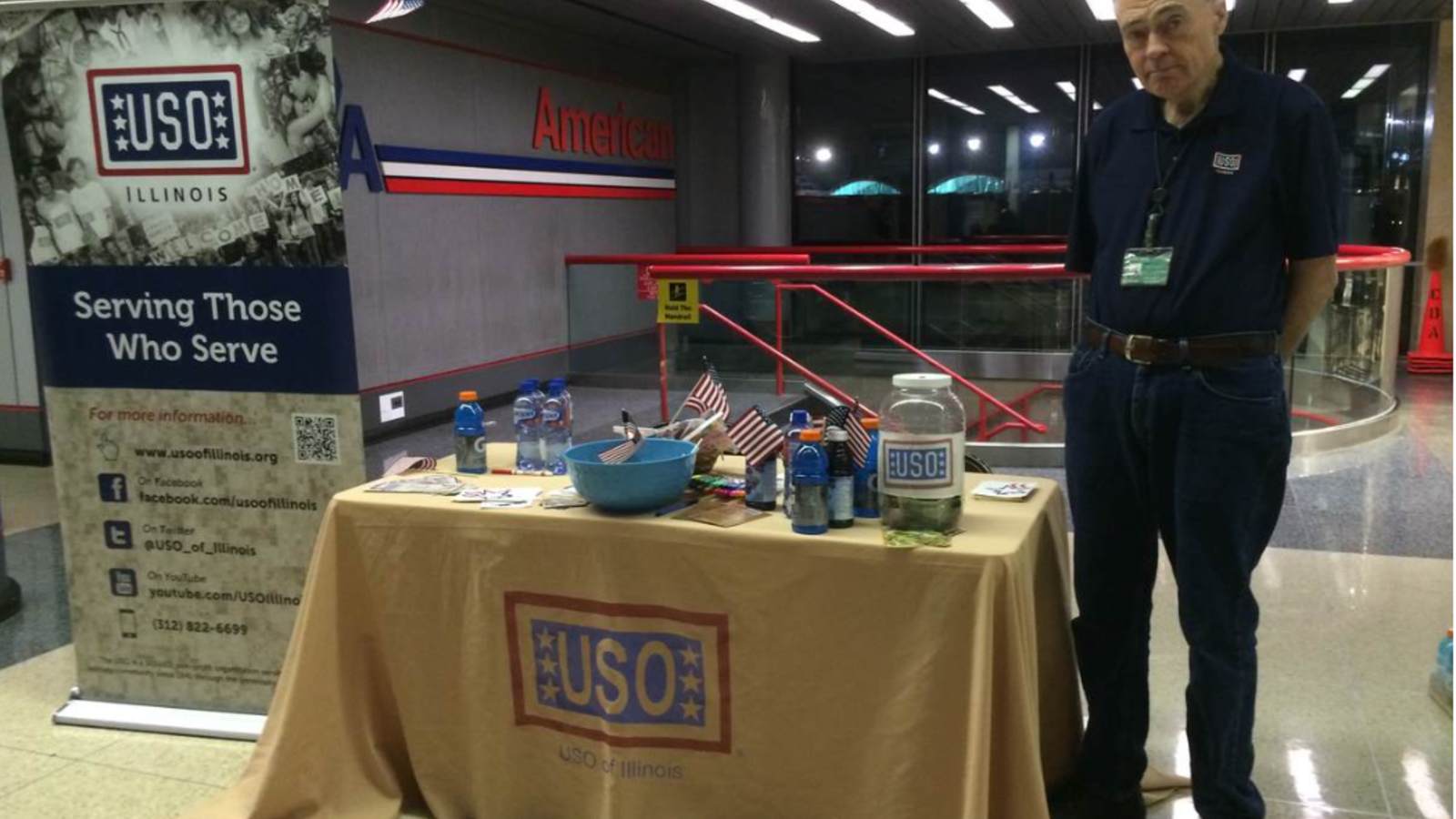 There’s a good chance that if you head to the USO Center in Terminal 2 of Chicago O’Hare International Airport in the middle of the night, Tom Rowan will be there to greet you.

Rowan, a veteran, has been volunteering for the “zero dark thirty” overnight shift at the USO in Terminal 2 since 2010. Thanks to Rowan, the center can stay open and provide support to service members and military families who may find themselves stuck at the airport overnight.

“Before Tom was a volunteer, we struggled to fill the midnight shift,” said Lindsy Wadas, the Center Manager at USO O'Hare. “Tom is very dependable. We always know he’ll be there if he’s on the schedule and that everything will be done perfectly.”

Another one of the shifts Rowan volunteers for every week is on Saturday morning, when hundreds of Navy Sailors arrive at O’Hare from Naval Station Great Lakes. Rowan never skips an opportunity to help out USO staff members who are on the ground to support the incoming grads; and he happily helps the young Sailors settle into the USO.

Rowan’s perseverance and love of volunteering with the military community is what earned him the title of 2020 USO Volunteer of the Year for the Continental United States region. Rowan was completely surprised by the award, although very appreciative. As a former service member himself, he understands the immense sacrifices service members, military spouses and military families must make to serve the nation. That is why Rowan believes it is so important to give back through actions such as volunteering with the USO.

“[As volunteers,] we want to recognize the military and thank them for what they’re doing,” Rowan said. “That’s our goal. We’re there to support the military, who in turn are here supporting us as a nation.”