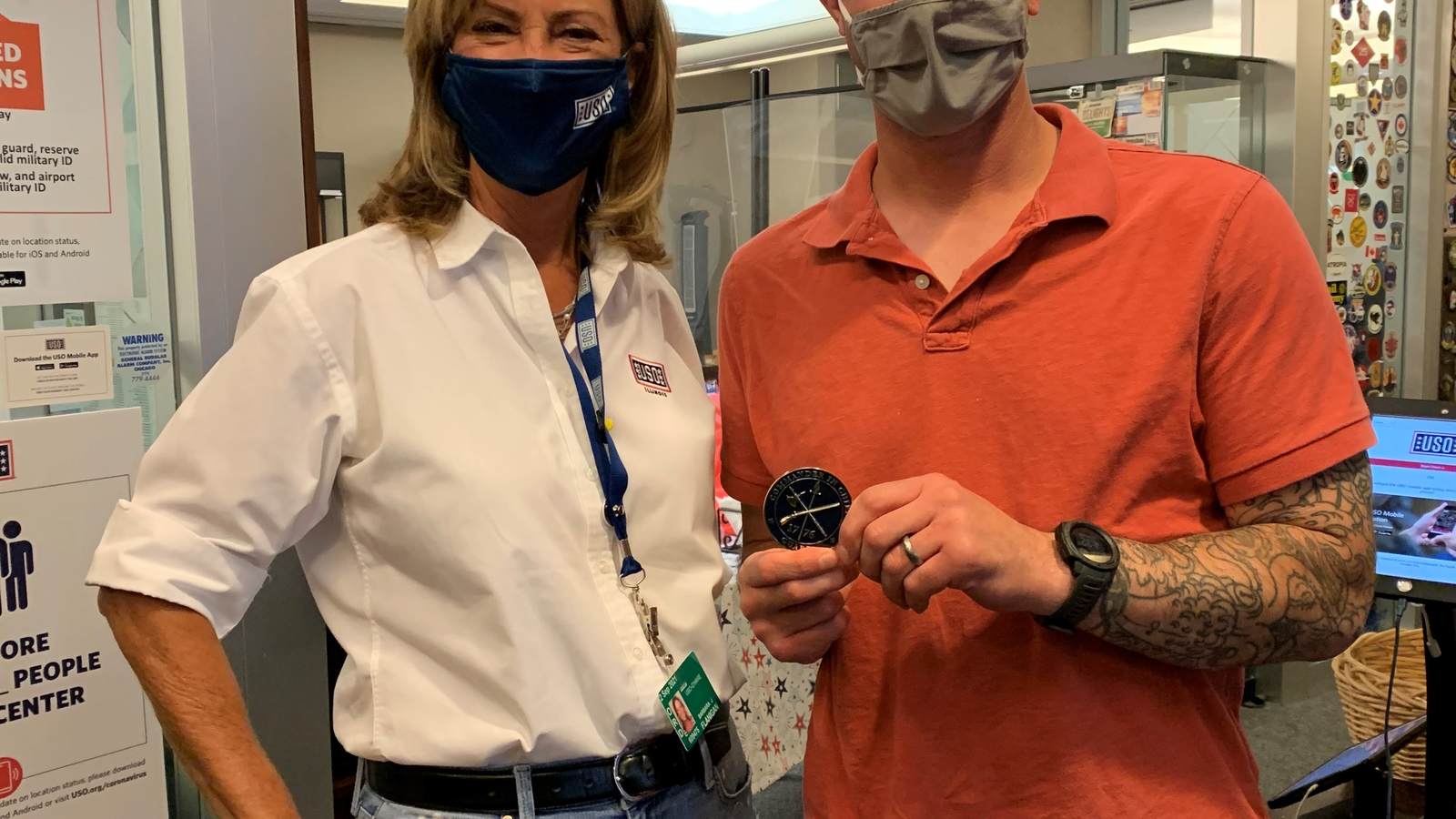 The USO O’Hare Terminal 3 Center was proud to host a member of the 3rd U.S. Infantry Regiment. Known as “The Old Guard”, the unit is the oldest active-duty infantry unit in the Army, serving our nation since 1784. The Old Guard is the Army’s official ceremonial unit and escort to the president, and they also provide security to Washington, D.C., in times of national emergency or civil disturbance. USO O’Hare Volunteer, Barbra, was presented with the unit’s official challenge coin which will be displayed alongside hundreds of other coins presented to the USO O’Hare Center.