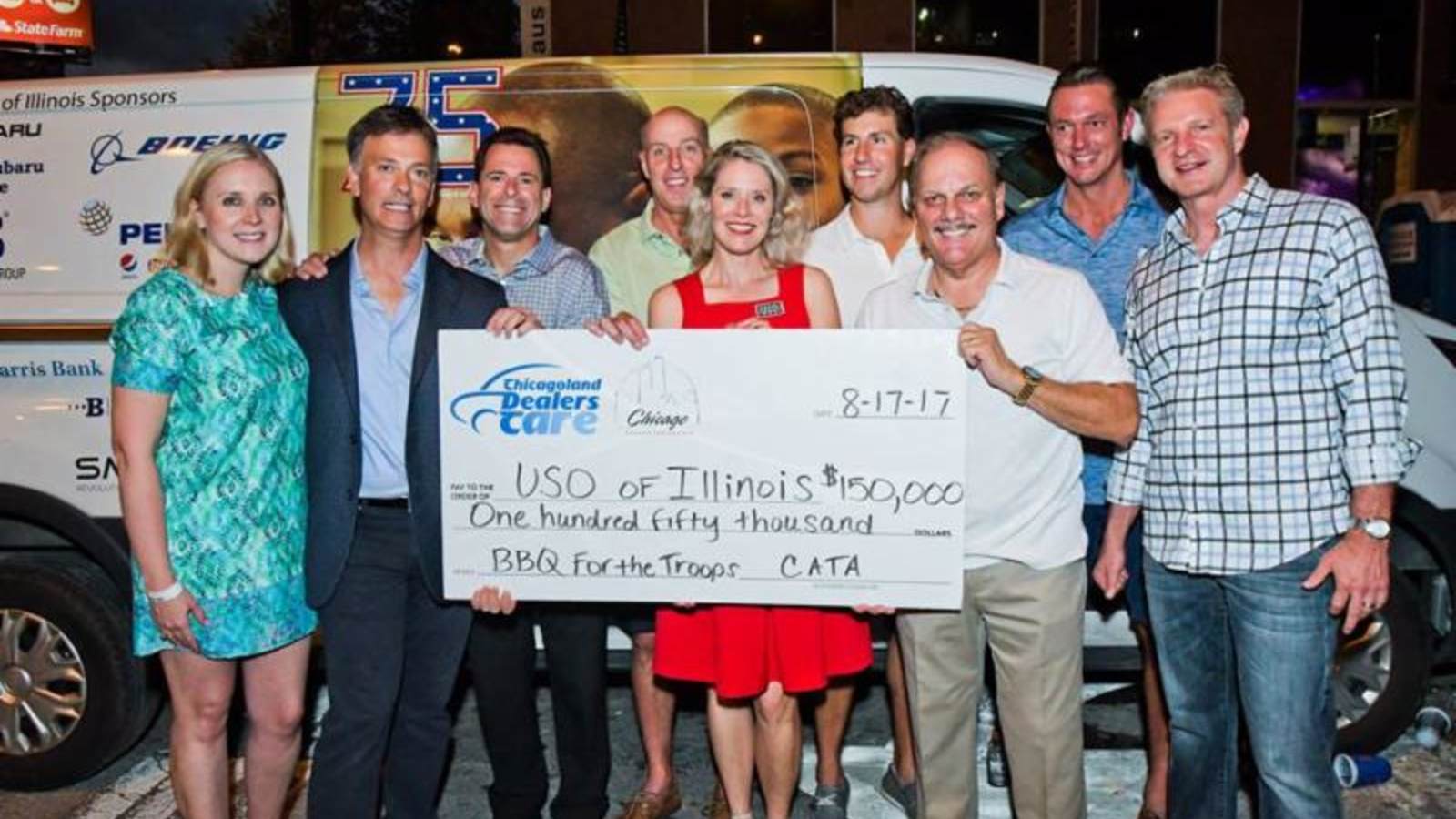 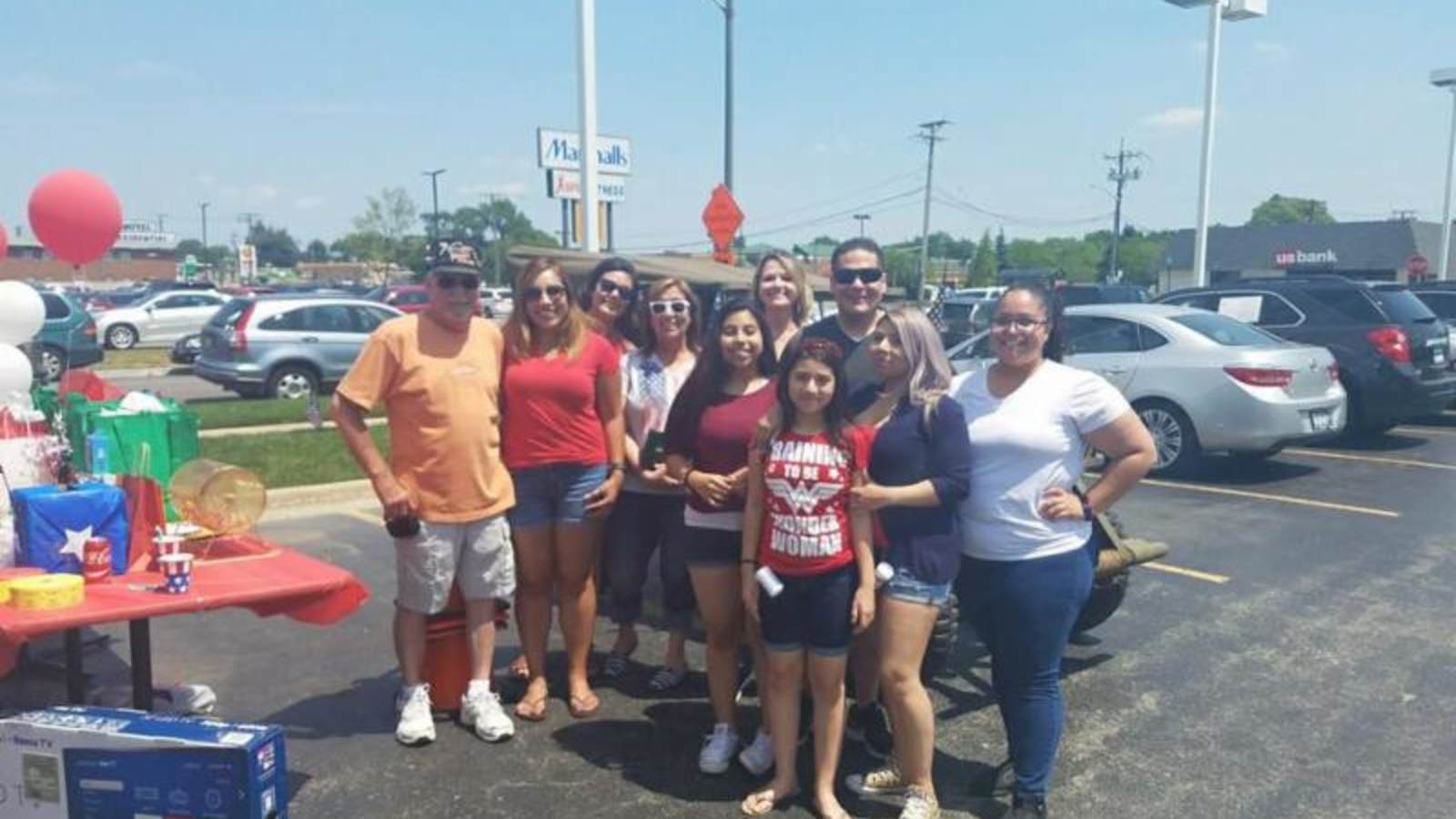 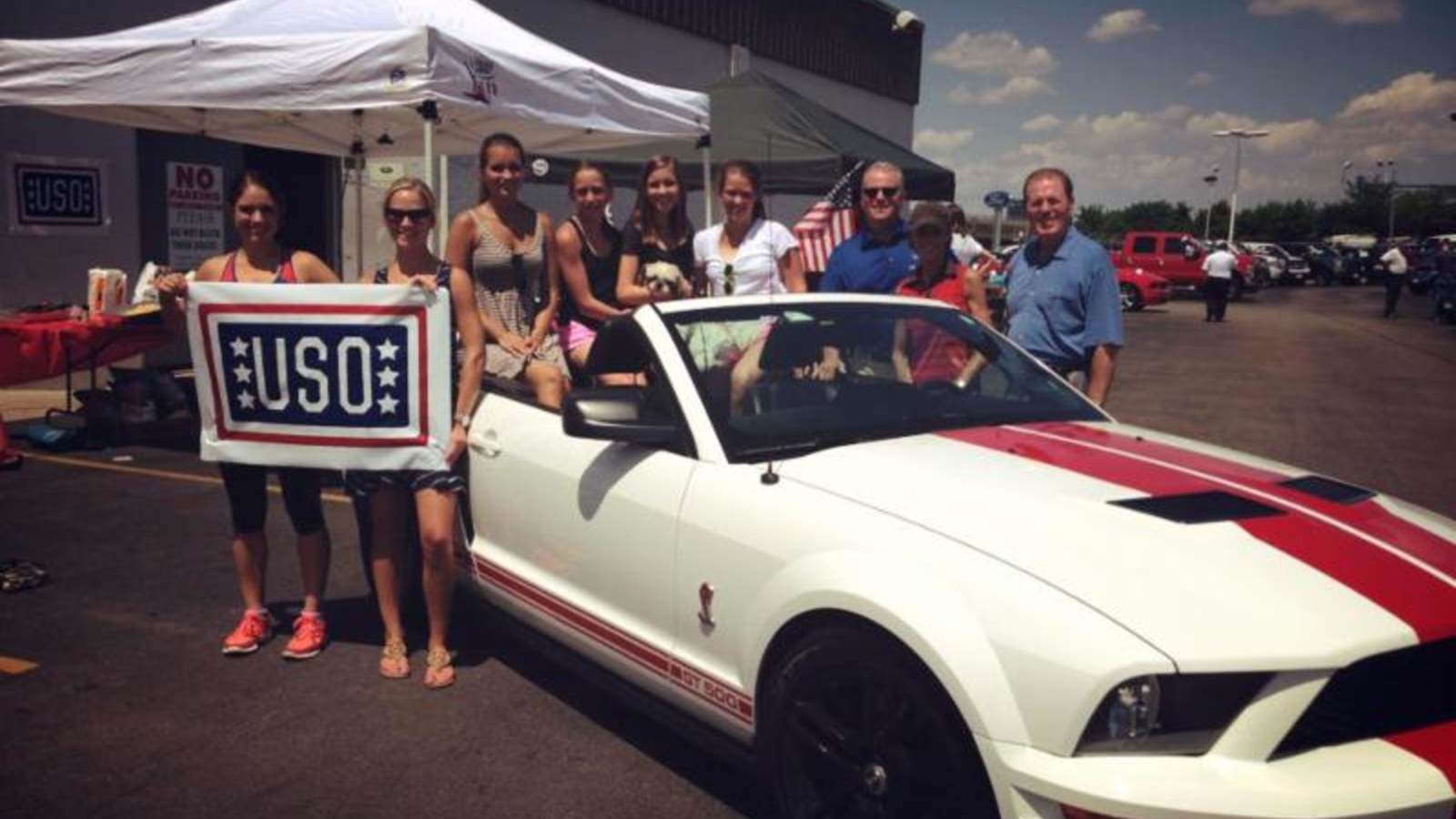 On July 15, one hundred, local, new car dealers fired up their grills and hosted individual community fundraising events for the USO Illinois, and collectively raised $143,000. Participating dealers gathered at the USO Illinois’ Clark After Dark event to formally present the check.

“Even beyond the funds raised, which is unequivocally important, each year the dealers pour their hearts, souls and personal resources into making each individual community event unique and special,” said CATA Chairman Ray Scarpelli Jr. “Past events have included everything from patriotic ceremonies with a 21-gun salute, classic car shows involving local car clubs, live bands, giant inflatable bounce houses for kids, face painting, balloon-making, dog washes and, of course, barbecue - all to draw the interest of the community and bring crowds out on a summer Saturday to support the USO Illinois.”

Since the campaign’s launch in 2013, Chicagoland’s new-car dealers have raised more than $ 560,000 for the USO Illinois, quite a feat for an initiative that started as a grassroots program. This past July, Chicagoans who visited their local new-car dealers’ Barbecue for the Troops events found everything from patriotic ceremonies - including 21 gun salutes and the national anthem sung by American Idol stars - to giant inflatables for kids and classic car shows, all to help raise awareness and entice communities to donate money for local troops.