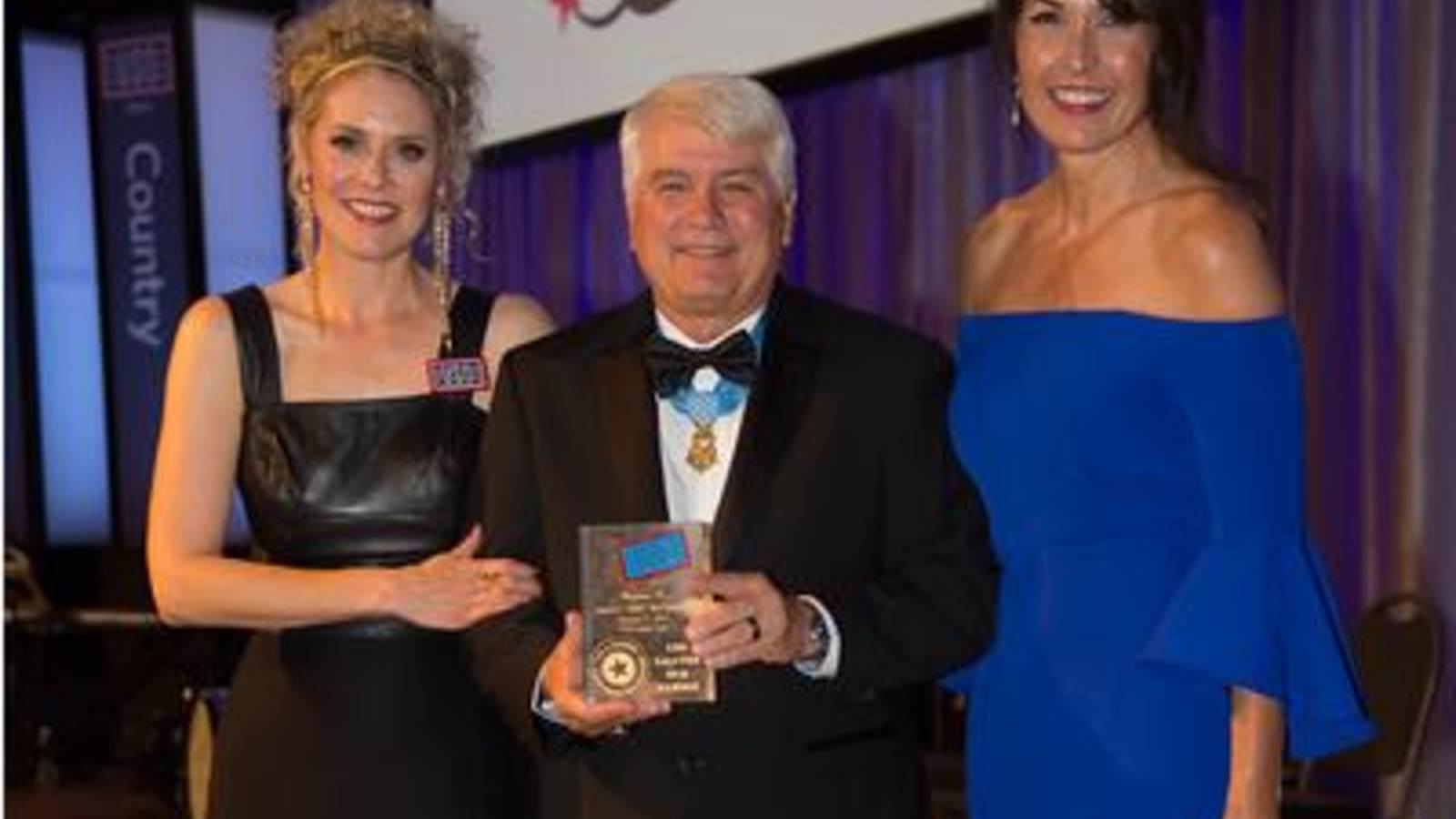 On Saturday, October 21st the USO Illinois hosted its annual USO Star-Spangled Salute Gala. A night of stunning military pageantry opened with God Bless America, sung by Chicago’s own, Alleece Baker; a procession of the 50 state flags by U.S. Navy Recruit Training Command (RTC) Flag & Drum Corps; and a salute to all five branches of the military. Highlights of the night include BBMC Mortgage receiving the USO Salute to Leadership award for their Patriot’s Charity Initiative which has raised more than $1.9 million for military and veteran service organizations in three short years. For a second year, the USO Illinois welcomed Mrs. Susan Schneider Williams, widow of Robin Williams, who was a great advocate of the USO before his passing in 2014. Mrs. Williams introduced Medal of Honor Recipient James “Doc” McCloughan, who received his medal in July of 2017, for his acts of gallantry and bravery during the Vietnam War. With tears in his eyes, McCloughan spoke about his time spent on the battle field and the great impact the USO had on his military service. The event raised over $1,080,000 for USO Illinois programs and services that support more than 318,000 active duty, guard and reserve service members and their families annually.