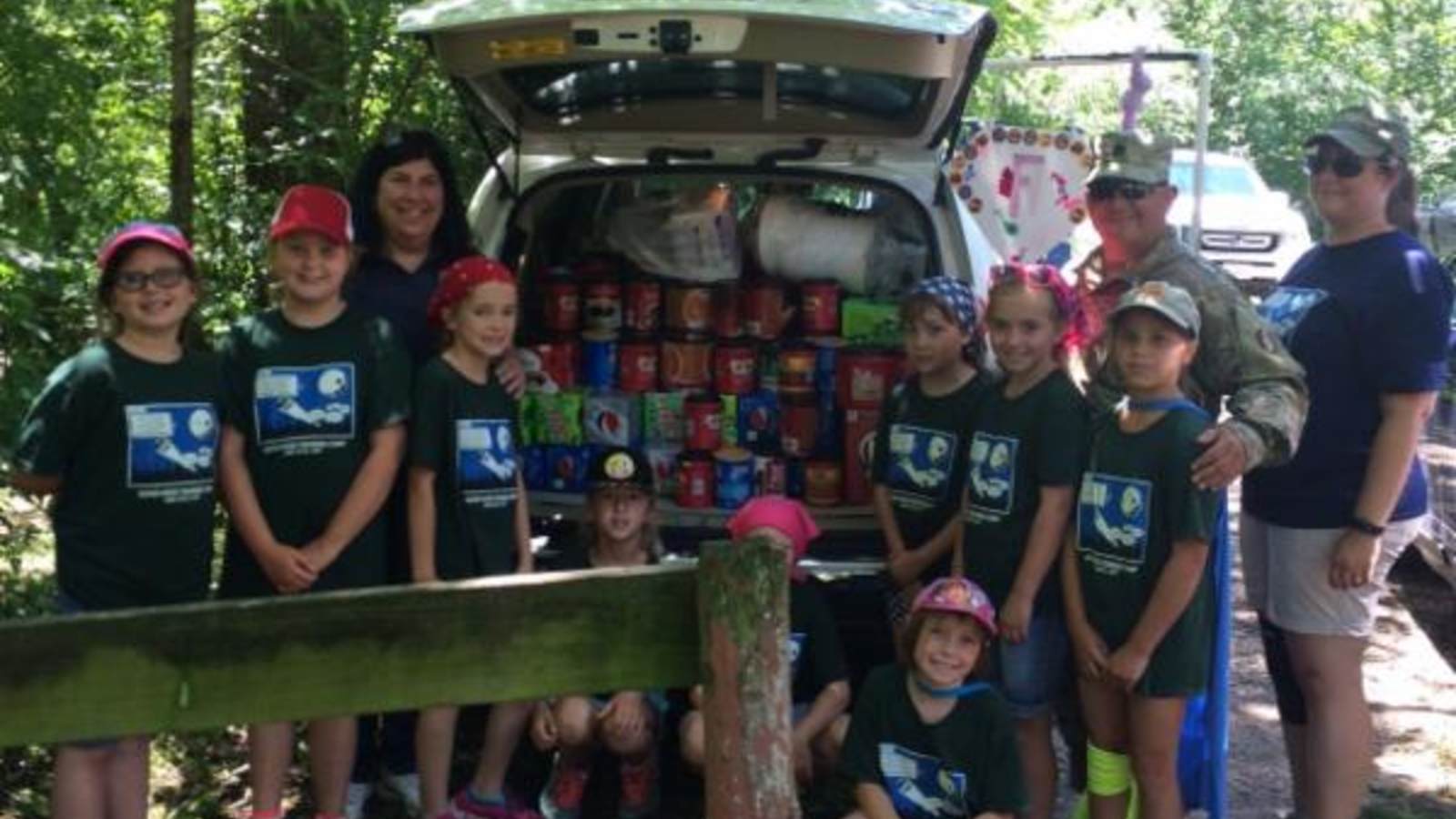 At the Girl Scout Camp in Geneseo, IL, girls learn to support the community through a variety of classes and activities to earn their “Helping the Community” badge. The USO Illinois visited the camp on June 30 th with a representative from the Rock Island Arsenal, SFC Negron. SFC Negron from Army Sustainment Command spoke with the girls about the USO Illinois and how the organization helps military such as himself. The campers collected 75 packs of soda, numerous cans of coffee, and paper products such as napkins and plates to be donated to USO Rock Island. The Girl Scouts gave a monetary donation of more than $500 for USO Rock Island.