USO Star-Spangled Salute Gala Raises Over $1.58 Million for Local Military and their Families 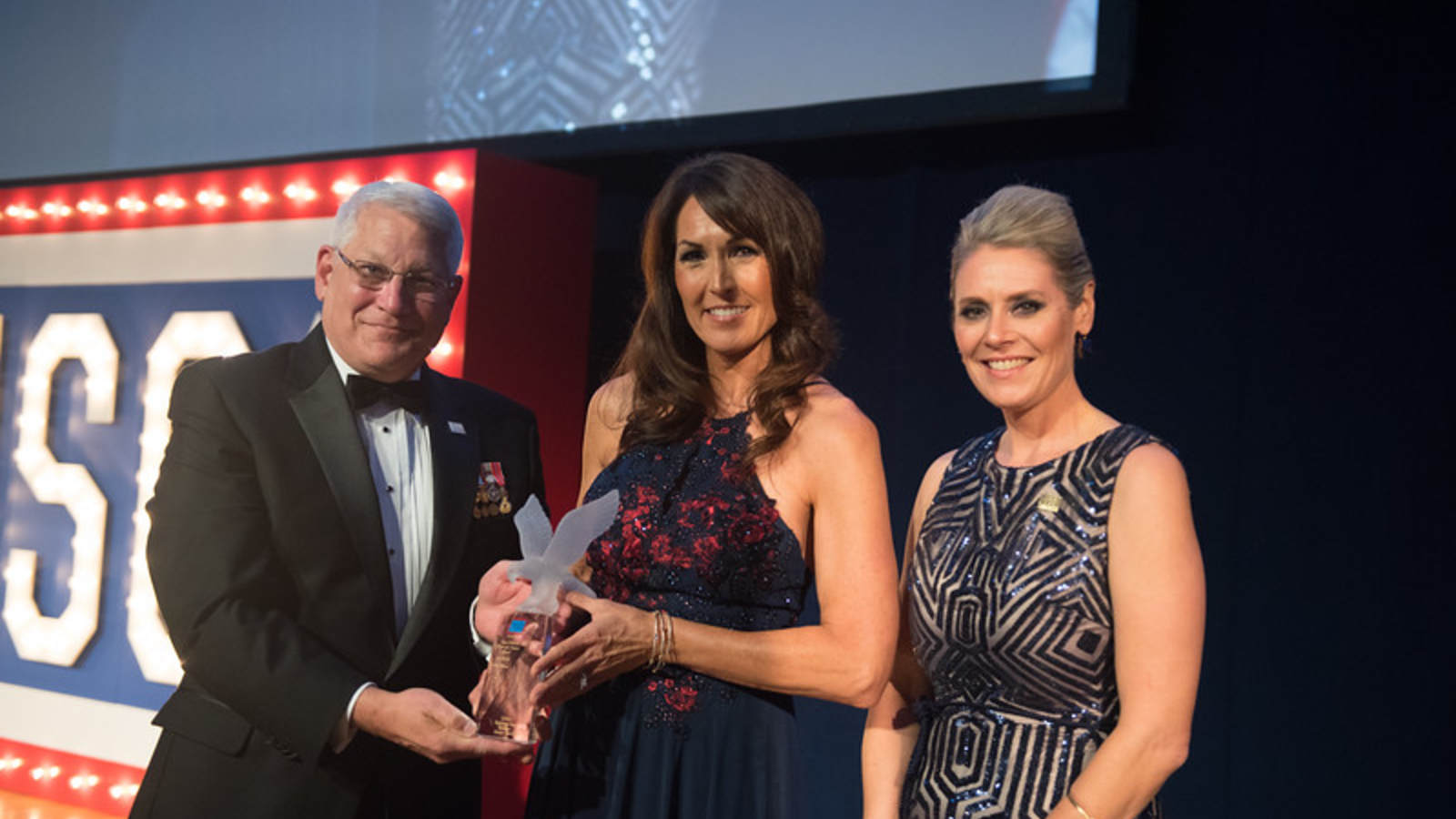 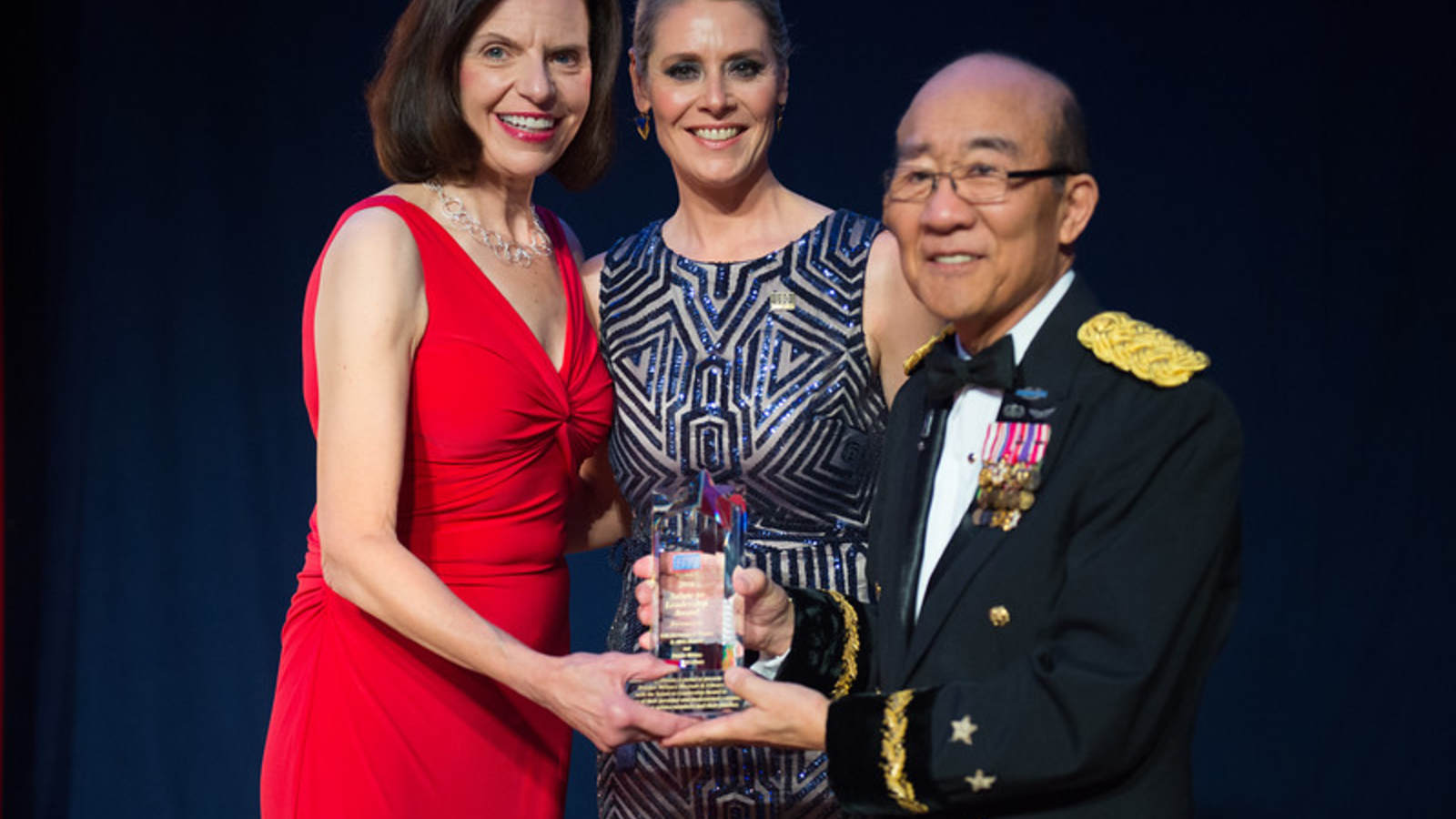 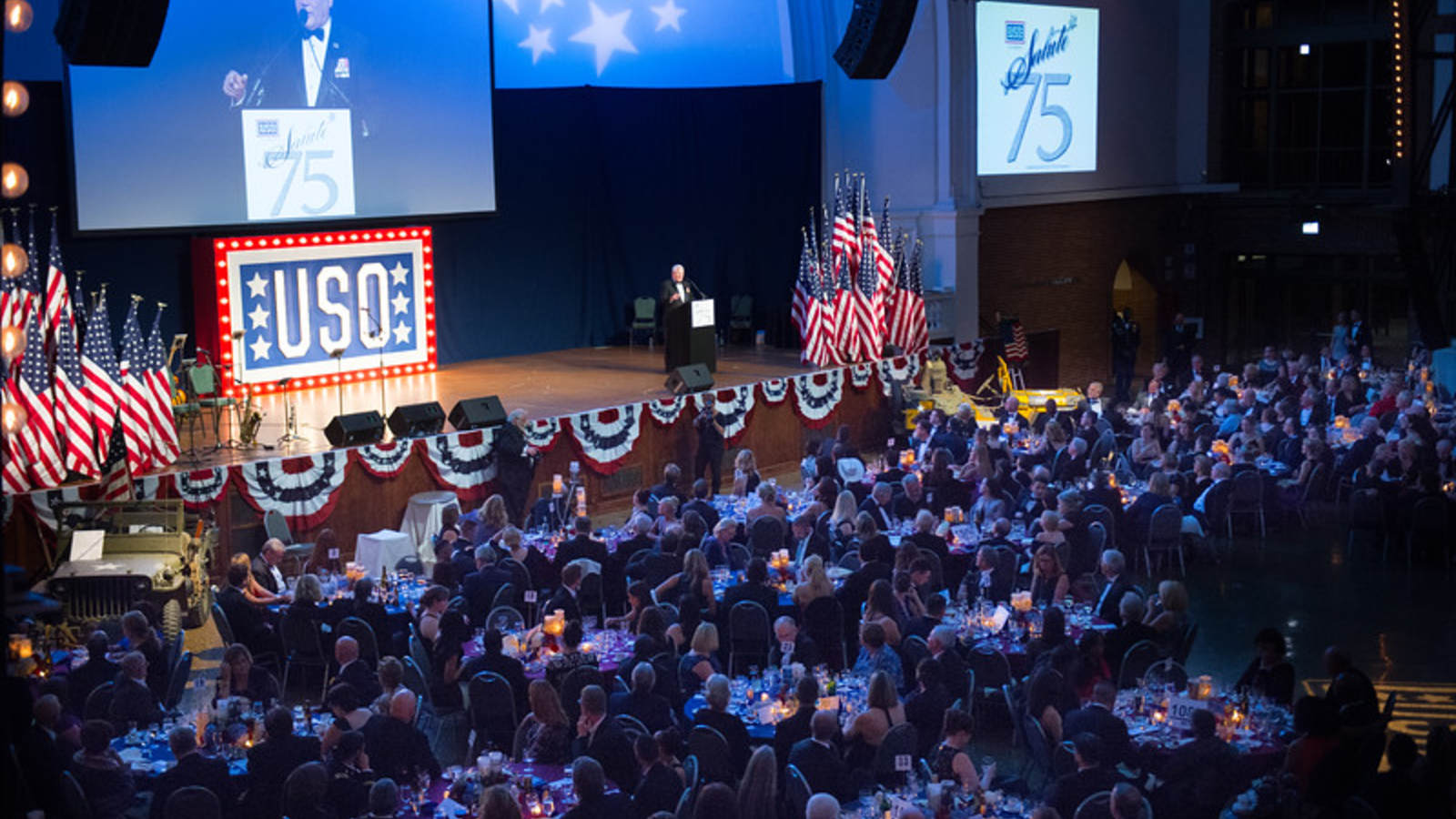 On October 22nd, the USO Illinois hosted its annual Star-Spangled Salute Gala in the Grand Ballroom at Navy Pier. Over 850 guests attended to honor and support those who bravely serve our nation. The event raised approximately $1,580,000 million that will go to fund USO Illinois programs and services dedicated to supporting the lives of our nation’s military and their families.

The USO Salute to Leadership Award was given to the Pritzker Military Museum and Library (PMML). Major General James H. Mukoyama, Jr., USA (Ret.) accepted the Award on behalf of PMML. Pritzker Military Museum & Library supported USO Illinois in a myriad of ways throughout the year, including as the Host Sponsor of the 2016 USO Star-Spangled Salute Gala and partner in delivering the U-505 Naval History Program. The U-505 Naval History program partners the Pritzker Military Museum & Library, the Museum of Science and Industry (MSI) and the USO Illinois to provide a unique “History and Heritage” training for newly selected Chief Petty Officers serving at Navy Station Great Lakes.

Mr. Robin Williams was awarded the ‘USO Angel Harvey Heart of a Patriot Award’ for his years of dedication to our military and the many USO entertainment tours at which he performed. Susan Williams, his loving wife, accepted the award on his behalf. In 2002, Williams was among the first group of entertainers to travel to Afghanistan and Southwest Asia with the USO. After the trip, he was a regular on the USO circuit, where he traveled to 13 countries and performed for approximately 89,400 troops over more than a decade before his death in 2014.

To view photos from the event please visit:
http://www.ricksanchezphotography.com/

The USO Illinois would like to extend a heartfelt thank you to all of those who attended the 2016 USO Star-Spangled Salute Gala, as well as our donors and volunteers who make this event possible ever year.