Military Honored at Independence Day Ceremony with the Chicago Cubs 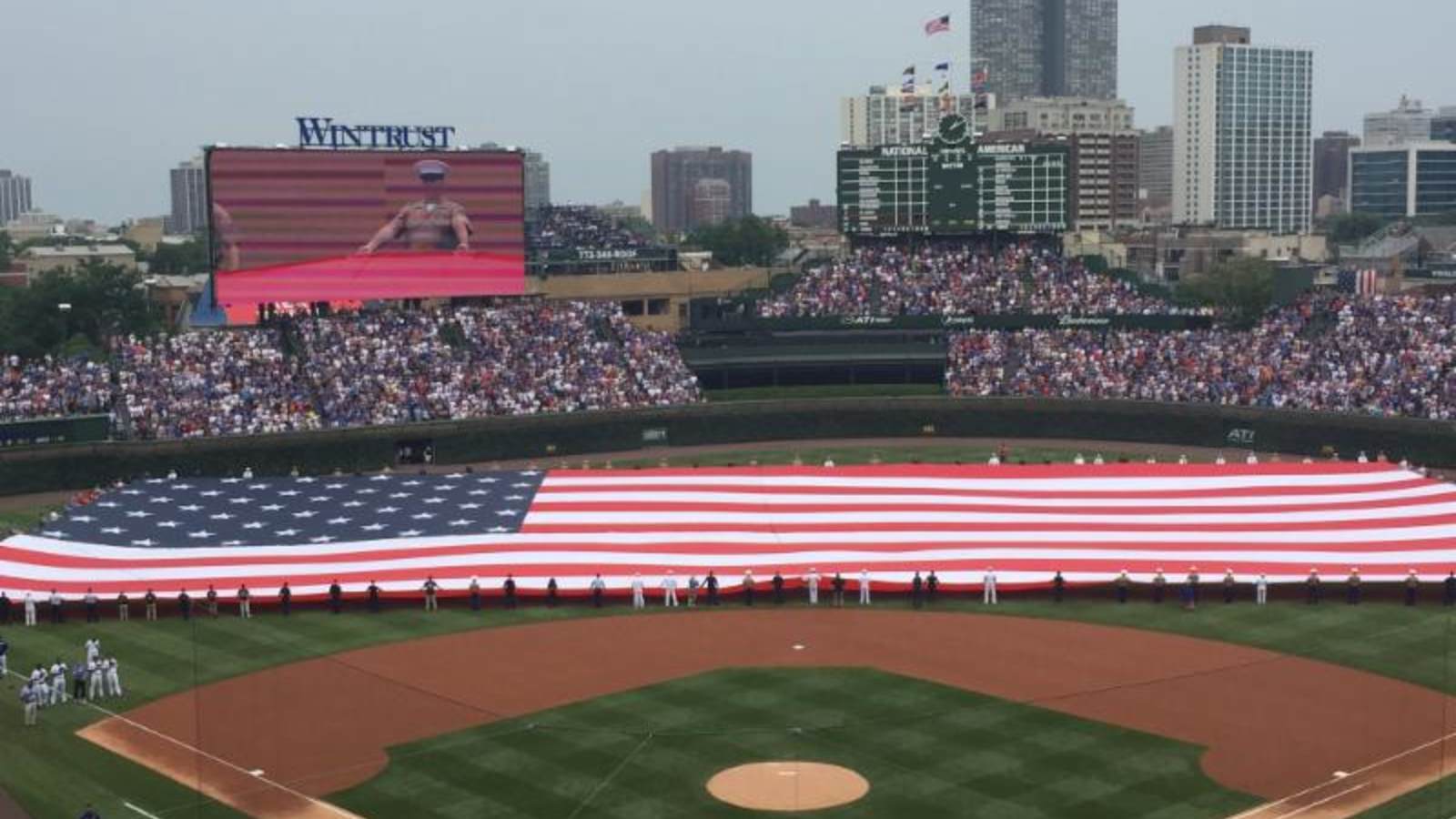 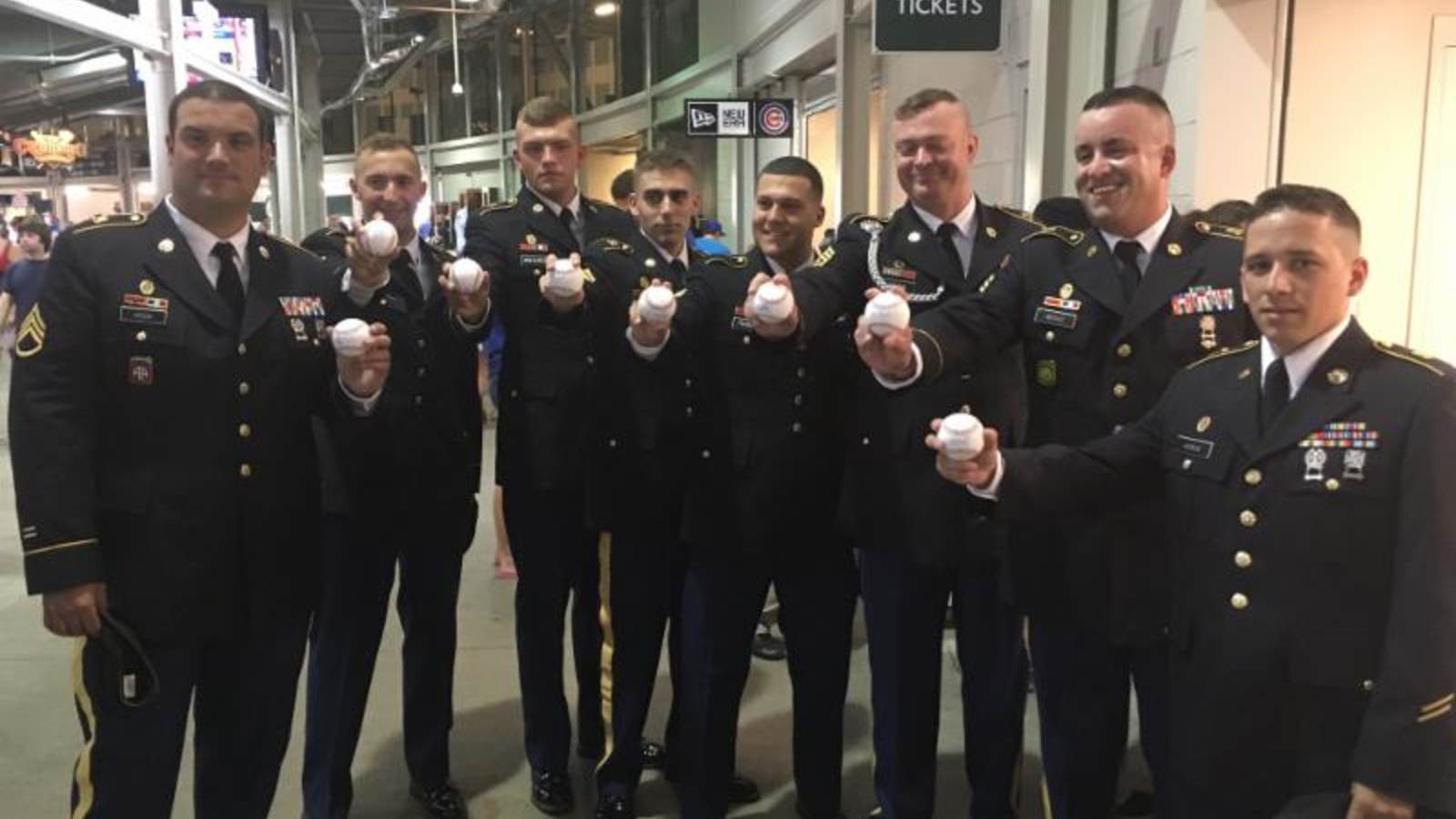 In honor of Independence Day, the USO Illinois and the Chicago Cubs recognized one hundred military service members who, alongside 50 Cubs Season Ticket Holders, participated in an American Flag unfurling during the National Anthem at a game. Also on July 4th, eight specially selected, active duty, service members from the 814th MP Company out of Arlington Heights who recently returned from a deployment to Guantanamo “took the field” and stood at player positions during the Cubs pre-game ceremony. As each Cubs player was introduced, he ran to the service member, greeted them and signed an autograph.