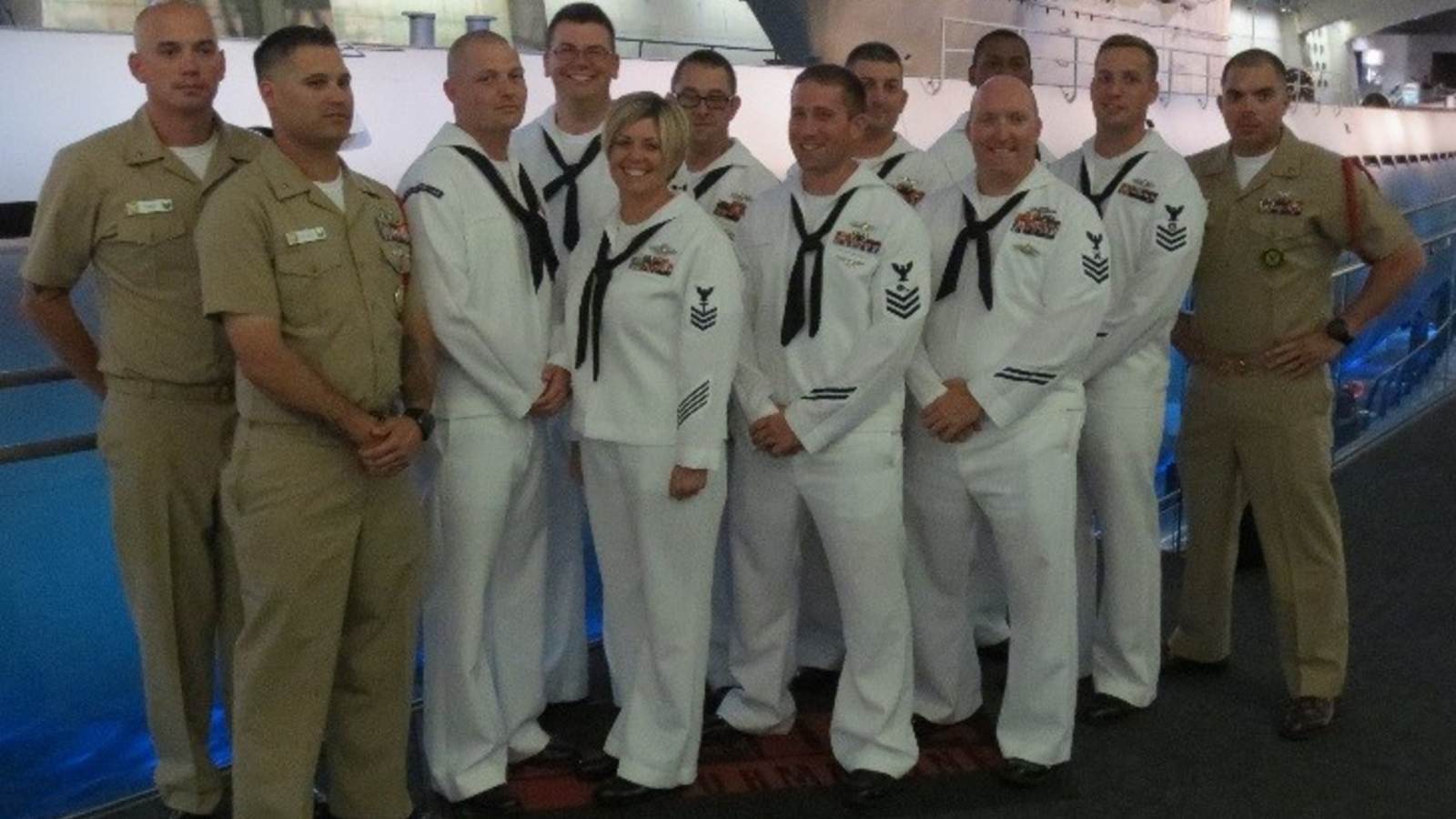 In cooperation with the Museum of Science and Industry, Chicago (MSI) and through the generous support of the Tawani Foundation, the USO U-505 Naval History Program with the Pritzker Military Museum & Library placed Navy Chief Petty Officer (CPO) selectees as volunteer museum docents at the museum’s famed U-505 Submarine exhibit as part of their CPO advancement training. The group of selectees conducted their research and training on August 16th and 17th, and the Docent Days were held on August 30th - September 3rd.

Through the USO U-505 Program, CPO selectees travel to MSI and Pritzker Military Library for a day of training on the history and artifacts related to the U-505, the only German U-boat captured during World War II, and research on Naval leadership. Now located in a 35,000-square-foot exhibit at MSI, the vessel is extremely relevant to the U.S. Navy experience and serves as a national war memorial for those who lost their lives in the two battles of the Atlantic during World War I and II. U.S. submariner veterans also join in the training to share their knowledge and experience to the selectees, building connections between future Navy Chief Petty Officers and past generations.

Participating Navy Chief Petty Officers serve as not only technical experts, but as exemplary leaders who possess high personal and professional standards. CPO selectees then volunteer in the U-505 Submarine exhibit for several days in early September to answer questions and engage museum guests with various submarine-related artifacts. Museum guests will not only have an opportunity to learn about the U.S. Navy’s heroic effort during World War II from a future Navy Chief Petty Officer and how those actions changed history, but also gain a greater awareness and appreciation of the men and women serving in uniform.