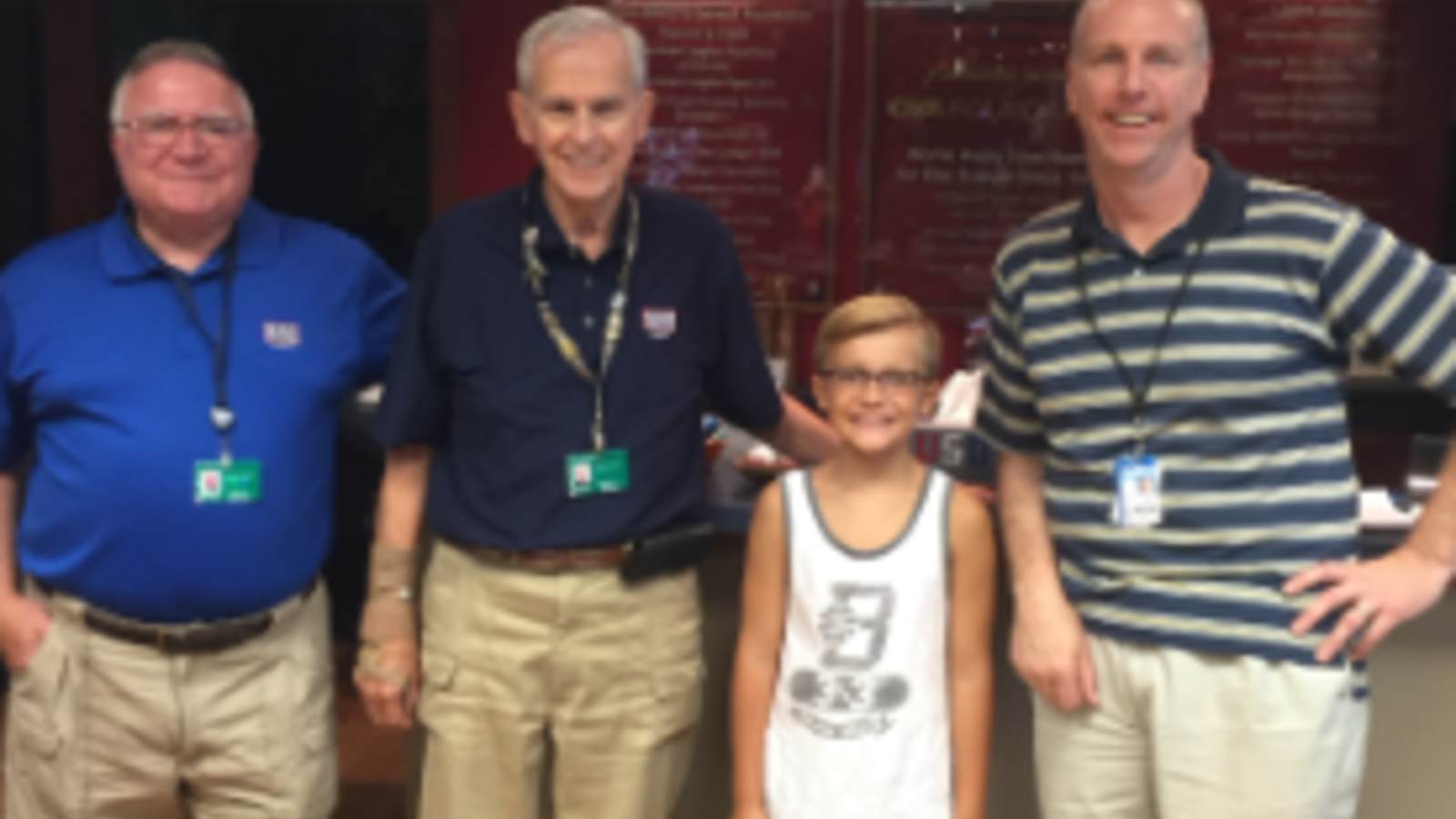 Nate Kos, a 9-year-old boy and USO Illinois supporter, along with his mother and his Father, a Chicago Police Officer, celebrated his birthday in a unique way this year. Kos, whose birthday was in July, visited USO O'Hare Terminal 2 to drop off a check for $640! Nate told his friends and family that all birthday money he received would be donated to the USO. After he presented the check to USO O'Hare staff and volunteers, he was given a tour of both USO centers at O'Hare and had his picture taken with USO volunteers.