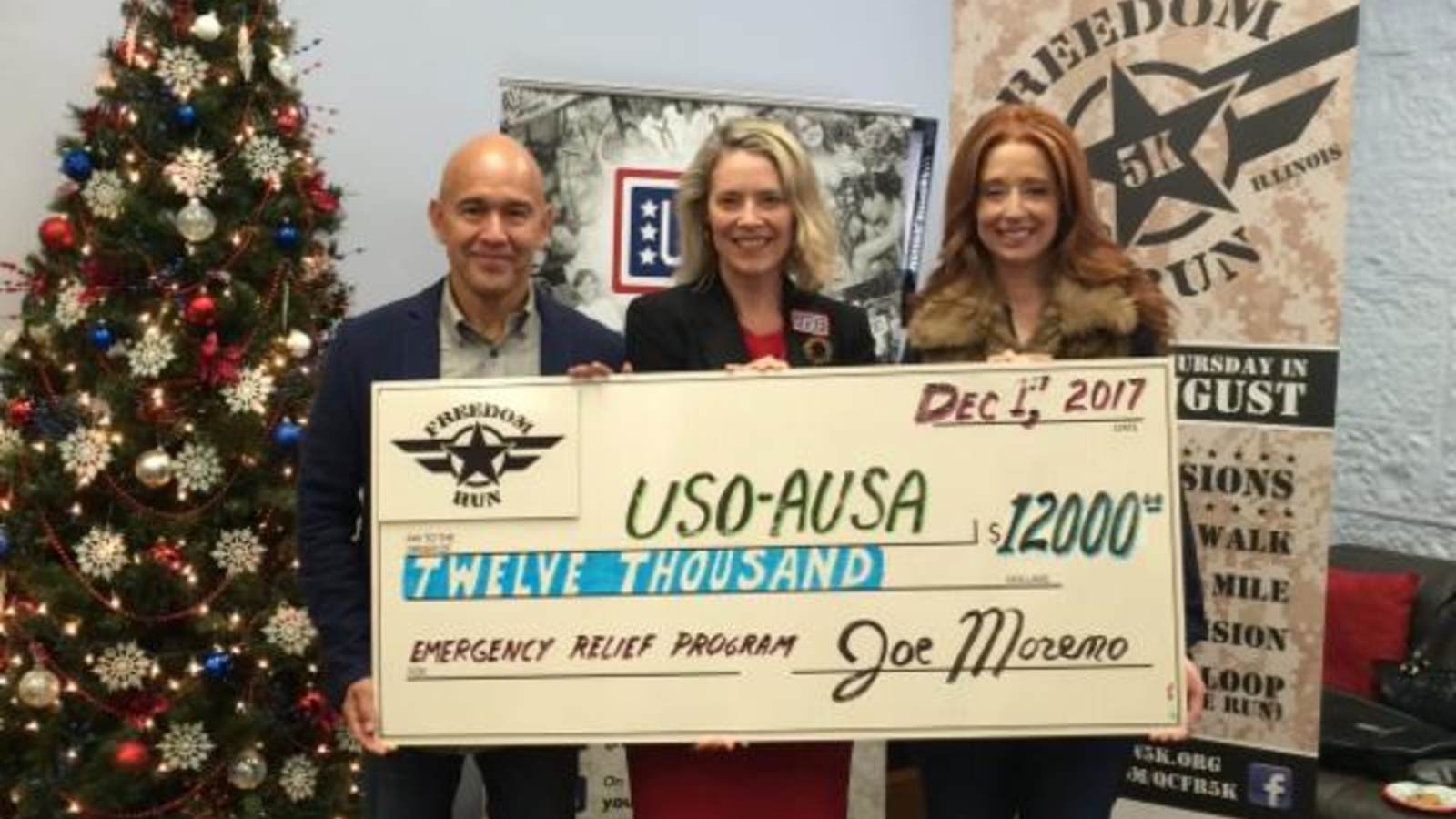 December is a time to come together and celebrate with our friends, families, and community. On Friday, December 1st, the USO of Illinois at Rock Island Arsenal was happy to open their doors and their hearts for their annual USO Holiday Reception. The reception featured festive holiday and military-inspired décor as well as delicious holiday treats for local military and their families living on and around Rock Island Arsenal.

In the spirit of holiday giving, Joe Moreno, Director of the Freedom Run 5k, presented a check for $12,000 to Julie Johnson, President of the AUSA, and Alison Ruble, President and CEO of the USO of Illinois. The USO of Illinois will receive $6,000 and the AUSA Chapter in Rock Island will receive the other 6. The money was raised during the Freedom Run 5k, held in August in East Moline, and was the most money raised during the event, to date. The race welcomed almost 1,500 runners from across the country. The funds will go to support the USO Emergency Relief Program that aids Quad Cities area military and military families in need and the Rock Island Chapter of the Association of the United States Army (AUSA) this holiday season and throughout the new year.

“Thank you to all the runners that participated in the Freedom Run 5k, this year!” said Ruble. “The money raised during the patriotic race will go to support troops in need this holiday season in your local community. We are amazed and thankful for the record breaking donation. Since 2012, the USO Emergency Relief Program has served over 56 families with more than $26,700 which is a great testament to the Rock Island Community and the Freedom Run 5k.”