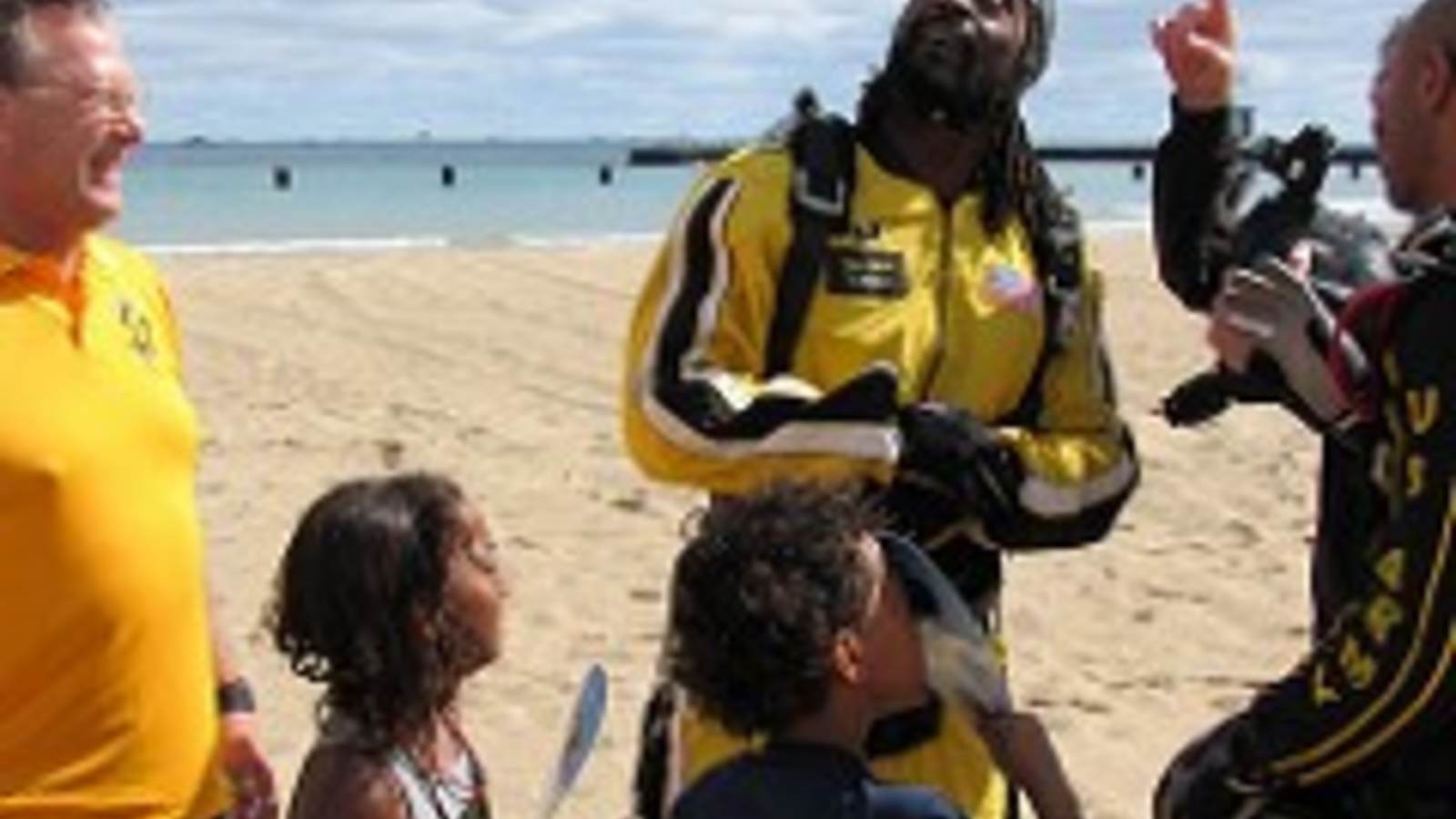 The 58th Annual Chicago Air and Water Show, presented by Shell and the City of Chicago was opened at North Avenue Beach on August 20th by USO national anthem singer, Alleecee Baker. Retired Chicago Bears cornerback Charles “Peanut” Tillman did his first tandem jump on August 21st with the U.S. Army Golden Knights to commemorate the USO’s 75th Anniversary - 75 years of caring for the needs of America’s service members and families. He touched down in front of the Boat House at North Avenue Beach at 10 a.m.

On and off the field, Charles Tillman has demonstrated his commitment to service not only as the 2013 Walter Payton NFL Man of the Year but also as the 2015 USO Angel Harvey Heart of a Patriot Award recipient and the NFL Salute to Service Award winner. Charles Tillman has volunteered with the USO through numerous programs including the USO Illinois’ Pro Tour which took Tillman to San Diego in 2014 and to Germany in 2015. Tillman, a self-described Army brat, spent the majority of his youth traveling the world with his father Donald Tillman, Jr., a Sergeant in the United States Army.