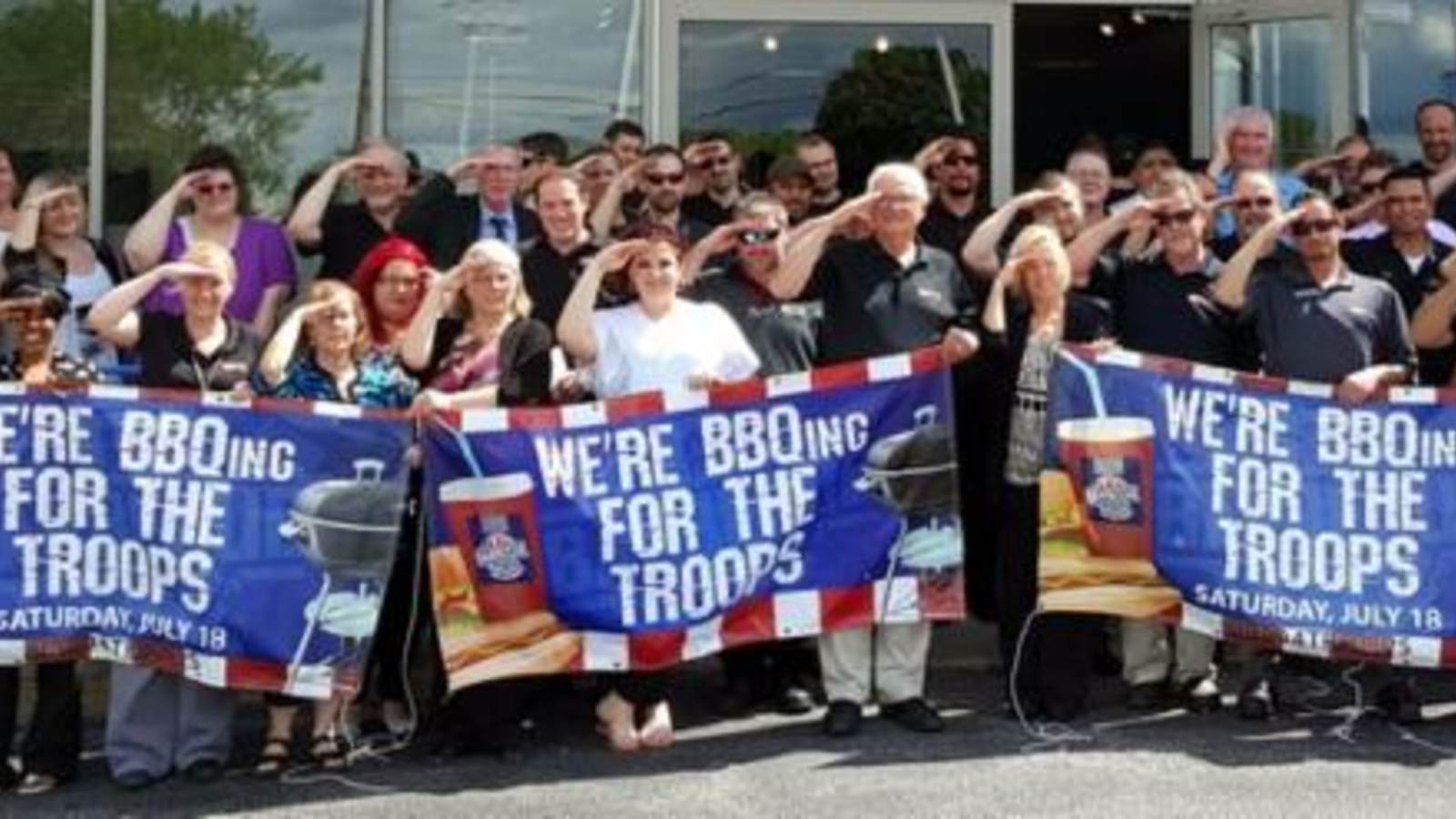 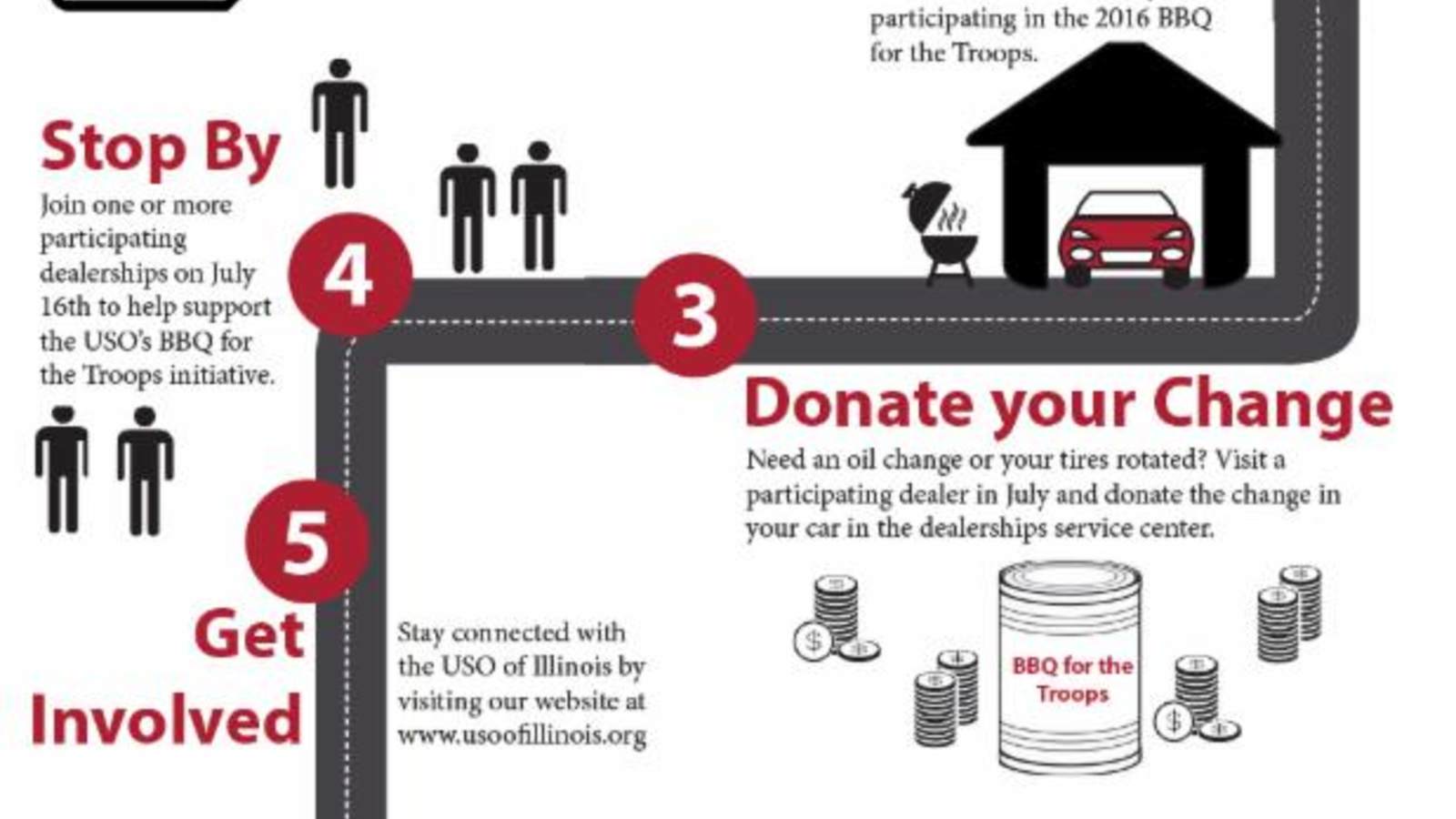 For the past three years, the Chicago Automobile Trade Association (CATA) and dozens of local new-car dealers in the Chicagoland area have kicked-off the summer BBQ season with the USO Illinois through BBQ for the Troops, an initiative dedicated to raising money to support essential USO programming. Since 2013, the CATA and more than 100 member dealers have raised more than $260,000 for USO Illinois programs supporting area troops and their families.

On June 29th, the CATA and USO came together to kick-off BBQ season at the United Center with a high-octane celebration and media event. Dealers participating in BBQ for the Troops will be launching the Cup Holder Change Drive on July 1st to encourage people to stop by their local dealer’s service center. Have you been putting off some car maintenance? During your next oil change or tire rotation - stop by a participating dealership, found at www.drivechicago.com , and empty your loose change. Every cent counts and will be donated directly to USO Illinois programs.

On July 16th, participating Chicagoland dealerships will start their engines and heat up their grills for the USO Illinois. Some of last year’s BBQ for the Troops highlights include:

For a list of dealerships participating in BBQ for the Troops this summer, visit www.drivechicago.com.

The USO Illinois salutes the CATA and all the dealerships who are participating in the BBQ for the Troops program this year.