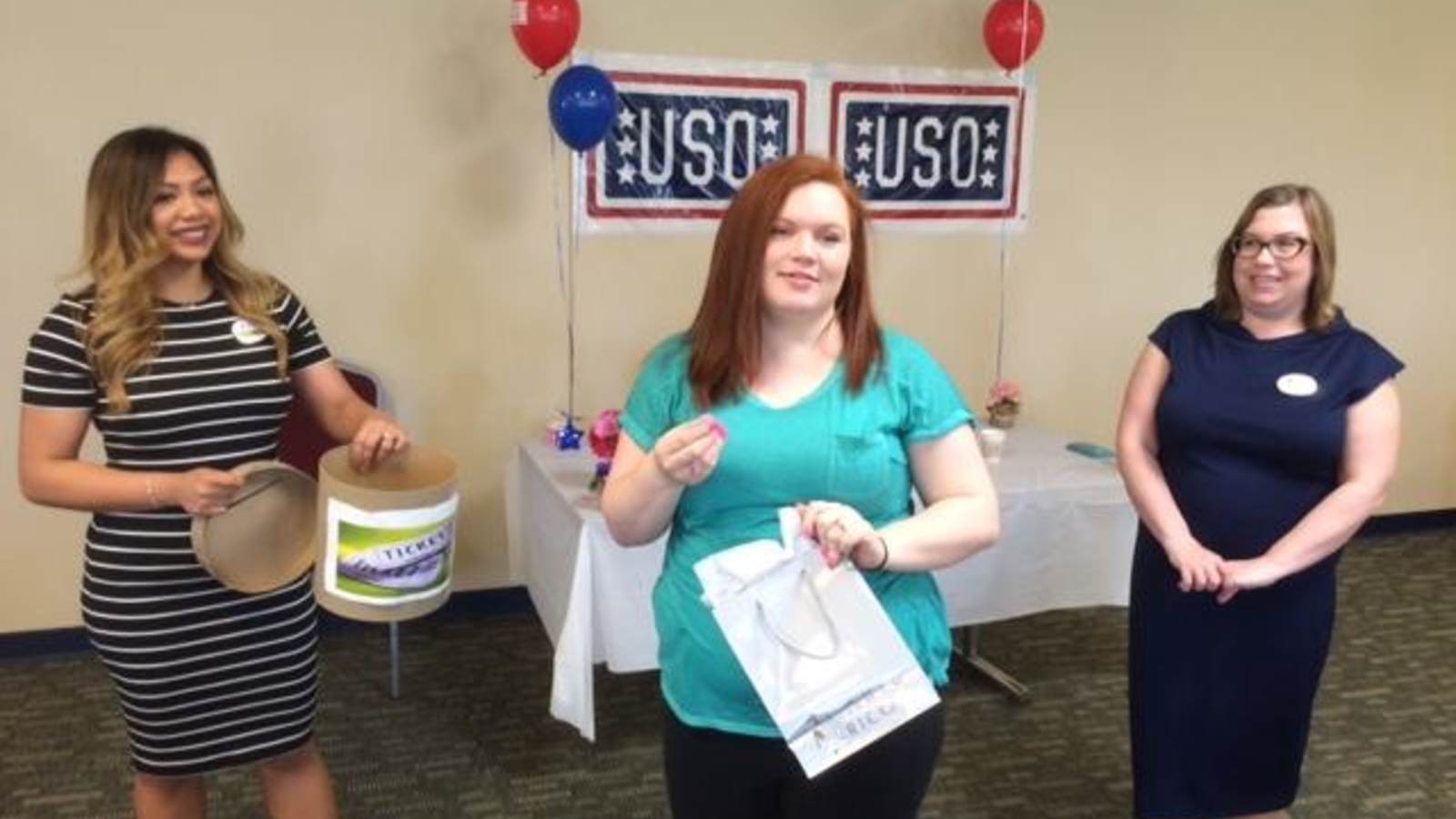 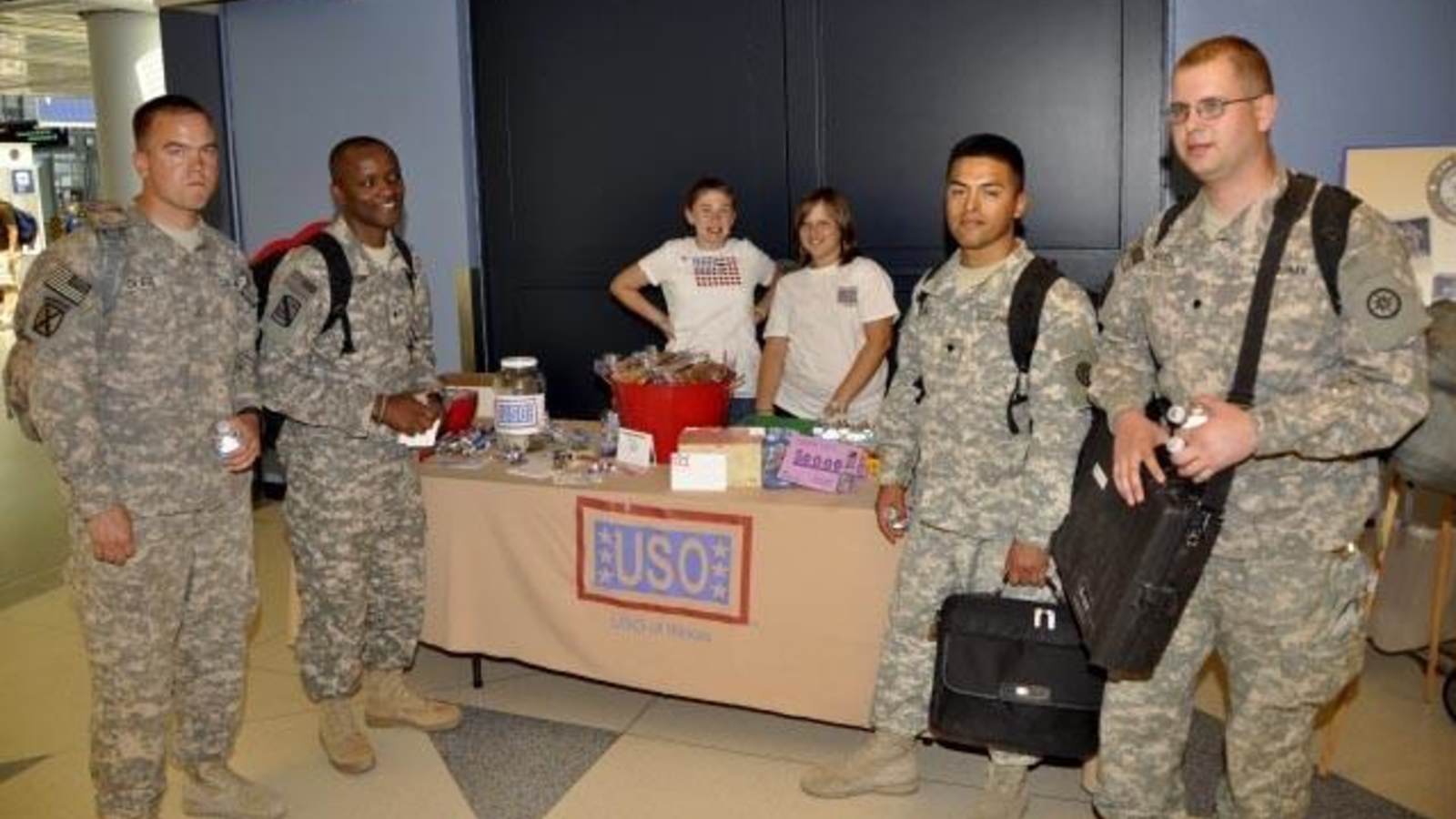 Throughout the month of May, our nation celebrated National Military Appreciation Month, honoring the service and sacrifice of our nation’s military. Each year, the USO Illinois serves 330,000 troops and their families through programs and services ranging from a cup of coffee at a USO center to a ticket to a sporting event. During the month of May, the USO Illinois offers some unique programs to express appreciation for our nation’s military.

On May 6th, USO Great Lakes hosted a breakfast for 40 military spouses. Each spouse was presented with red roses on behalf of the USO Illinois for the sacrifices their families have made for our nation’s military. Kevin Barnett, Executive Officer for Naval Station Great Lakes, made and served pancakes to show the appreciation of base staff and supporters. Raffle prizes included three spa certificates to Mario Tricoci.

O'Hare Airport celebrated Military Appreciation Month by setting up tables in the terminals every Friday to greet military personnel and their families passing through. Stocked with on-the-go snacks, drinks and friendly smiles, the USO O'Hare staff and volunteers helped guide military personnel through the airport and safely on to their next destination.

Military in the Chicagoland area were also offered tickets to the Chicago Cubs game through the USO tickets for Troops program in honor of this special month.

In addition, military are invited to join the USO Illinois and Big 95.5 for a special concert, through the Tickets for Troops program, with Kip Moore on Friday, May 27th. To find out more information about this concert please visit http://big955chicago.iheart.com/.

The USO Illinois would like to thank all of our service members and military families for their dedication to our country.