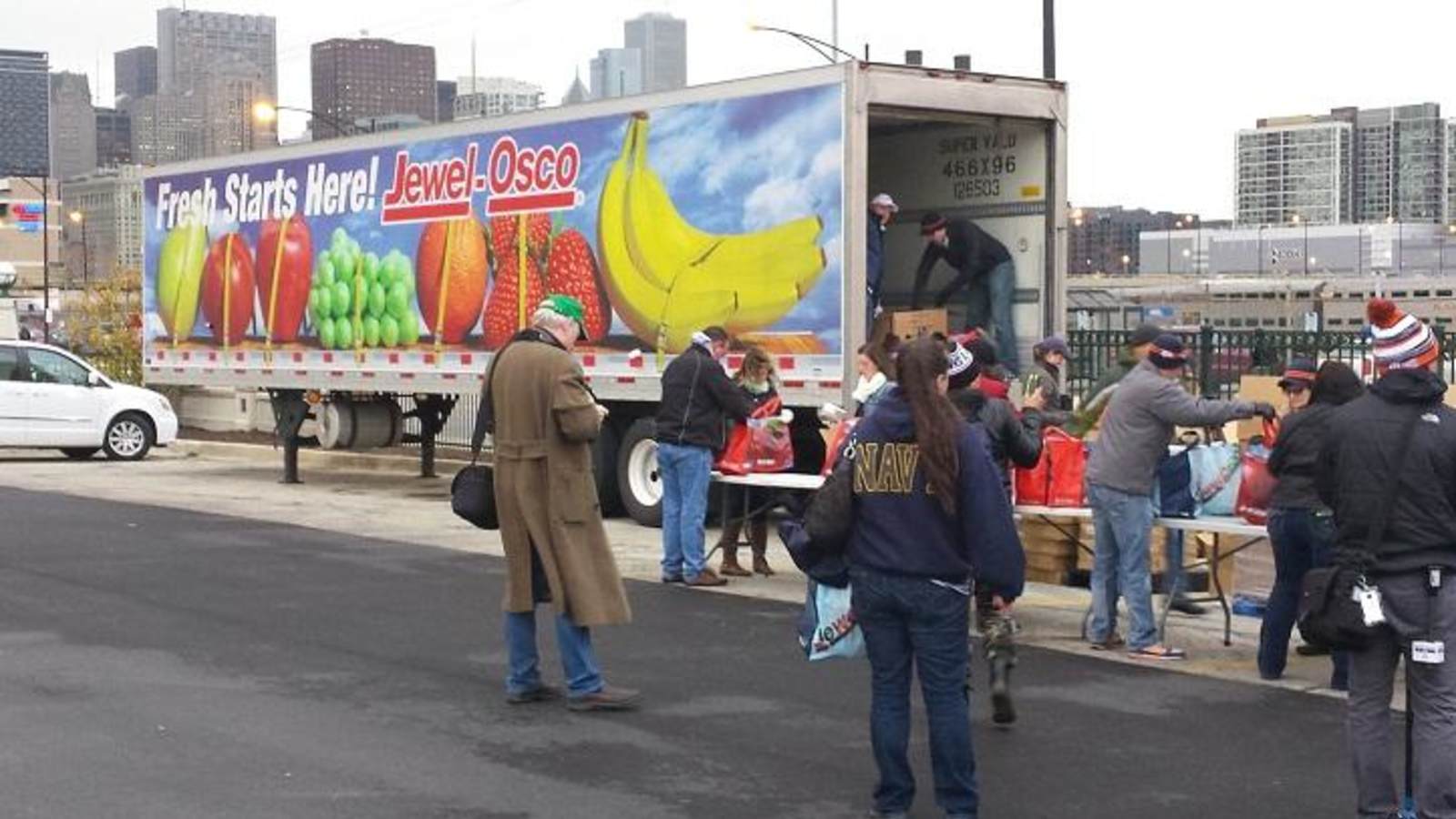 The USO Illinois is happy to announce our partnership with Jewel-Osco, a local grocery chain that operates 185 stores through Chicagoland, Indiana and Iowa. Jewel will be supporting the USO Illinois throughout the month of May.

In 2013, Jewel partnered with the USO Illinois in honor of Veteran’s day and in preparation for Thanksgiving to provide meals for military families. The stores produced and distributed 400 Thanksgiving meals thanks to 40 Jewel-Osco volunteers. Participating families received a turkey, canned goods, potatoes, stuffing and a $20 Jewel-Osco gift card.

This year, the USO Illinois has partnered with 49 Jewel-Osco stores in the Chicagoland area to collect donations for USO Programs at check-out. Throughout the month of May, customers at participating Jewel-Osco stores can add a $1, $3 or $5 contribution to their grocery order. Donations appear on the customer’s final receipt. Customers can also drop their change in canisters located in the front of the stores.

Stop by your local Jewel-Osco store today in honor of National Military Appreciation Month and donate at the register to support military in your neighborhood through the USO Illinois.