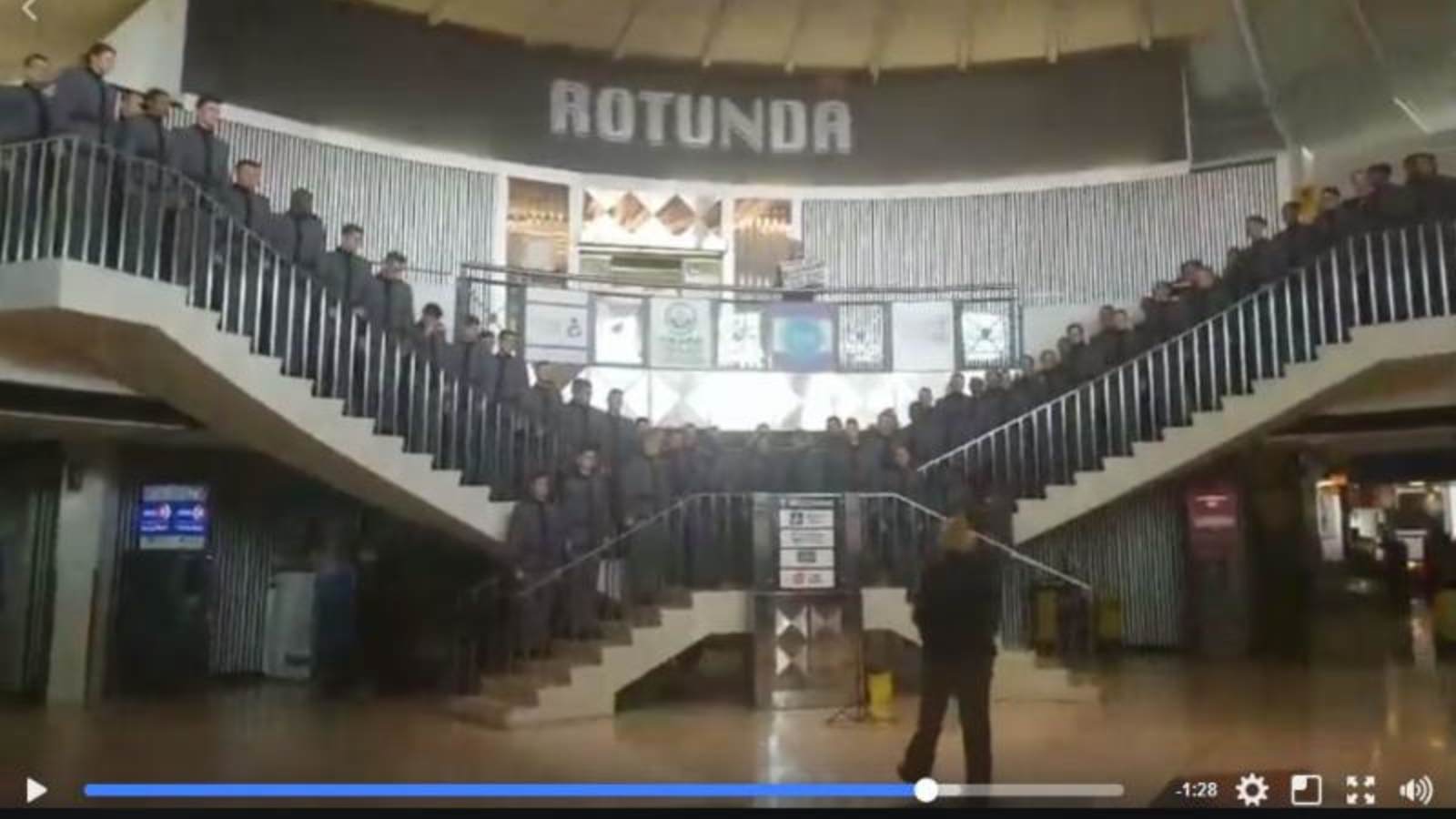 On Thursday, November 9th, the West Point Glee Club traveled to Chicago to take part in the City of Chicago’s Veterans Day ceremony. At 9:30am the West Point Glee Club met in the O'Hare Terminal 3 Rotunda for a special Flash Mob performance in partnership with the USO Illinois. West Point Glee Club has touched audiences world-wide for over 100 years through its concerts, recordings, and television appearances. Comprised of 80 auditioned members from the U.S. Military Academy at West Point, New York, the Cadets will serve the Nation as commissioned officers in the U.S. Army upon graduation. The camaraderie enjoyed by members in their pursuit of musical excellence is best summed up in the club’s time-honored motto: No fun without music, no music without fun!