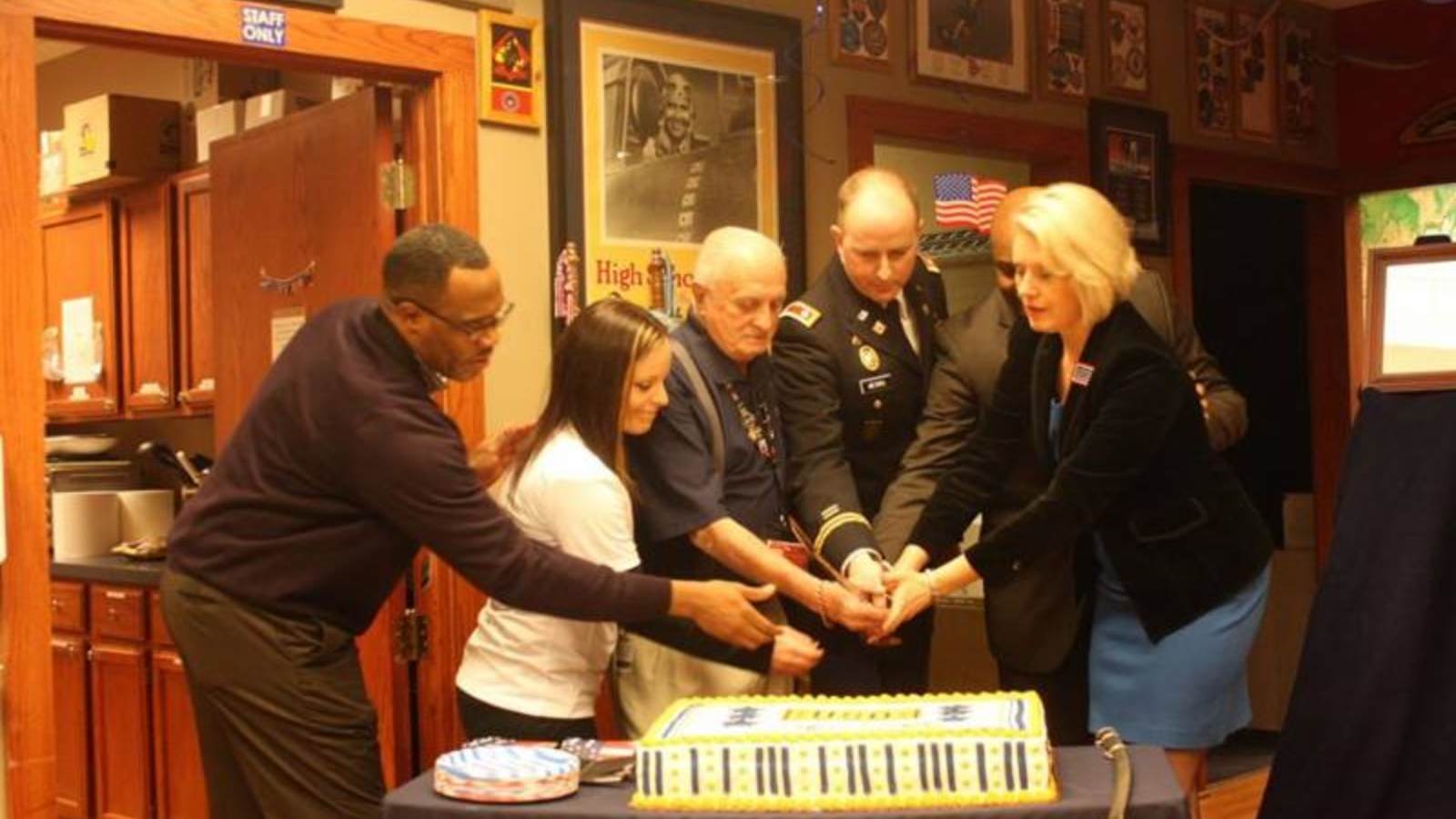 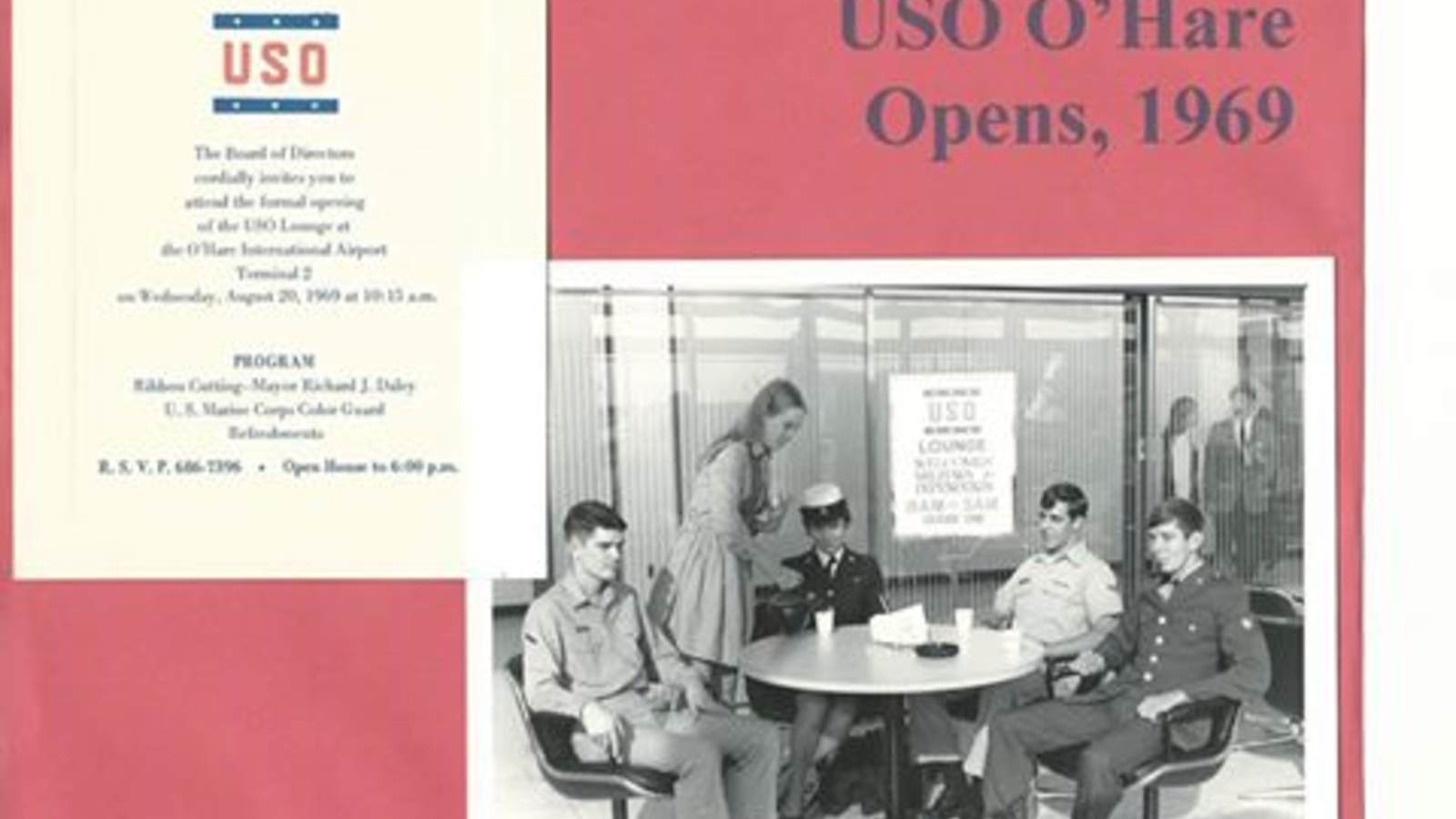 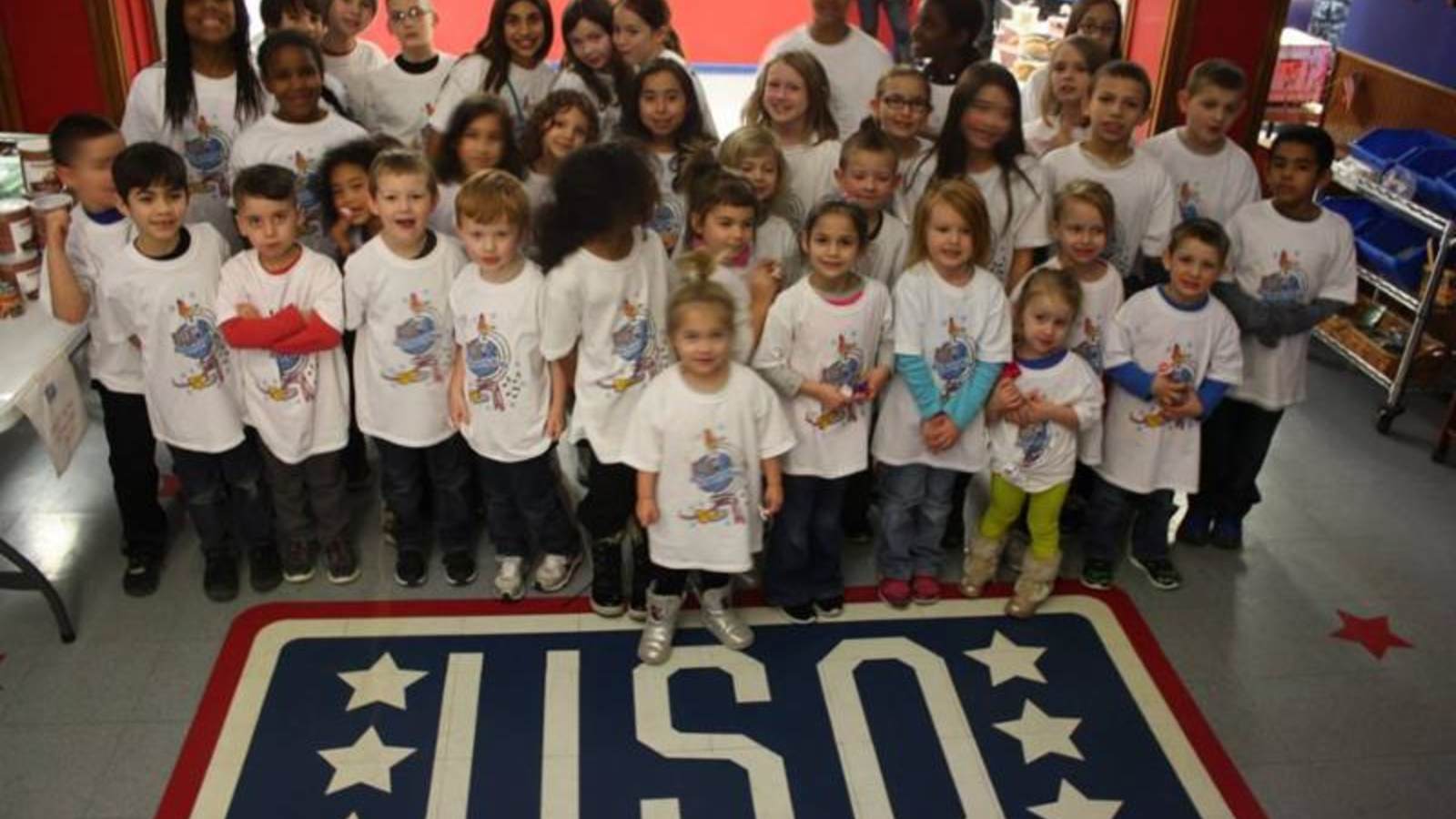 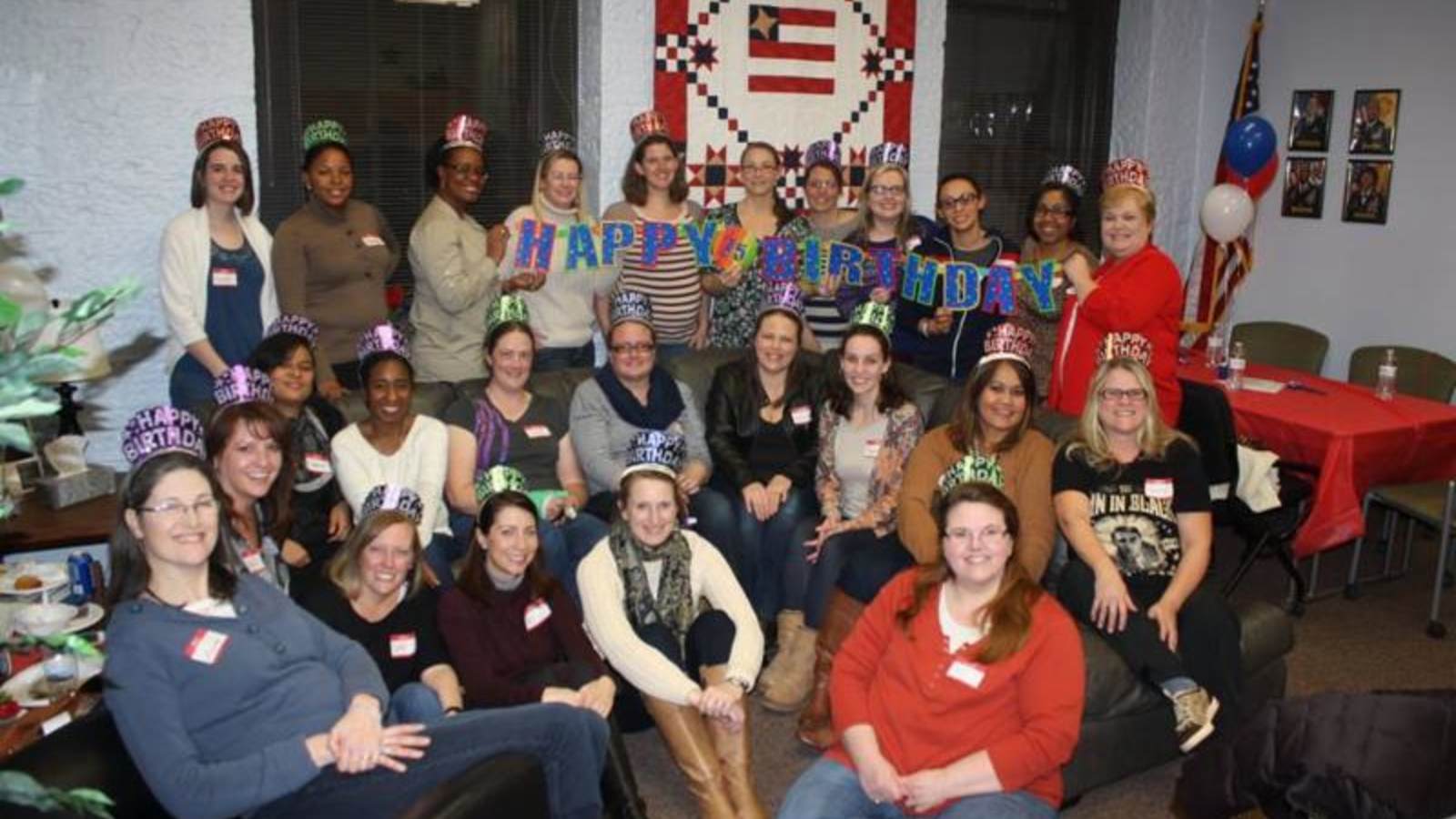 As it turns 75 the USO’s mission is as vital today as it was in 1941. To mark its milestone anniversary, the USO Illinois invites communities throughout the state to get reacquainted with today’s USO through a year-long celebration, which begin with USO Week in Illinois. January 31st through February 6th, 2016, USO Week featured programs and activities that support service members and their families in communities throughout Illinois and provided opportunities for citizens to engage with and learn about the USO’s mission.

The USO was founded on February 4, 1941,when six service agencies came together to bring the USO to life: YMCA, YWCA, National Catholic Community Service, National Jewish Welfare Board, Salvation Army, and National Traveler’s Aid Association. In six short months after its founding in New York, a rich history of the USO in Illinois began on August 7, 1941 with the, Chicago Servicemen’s Center. The Center was launched by the Chicago Commission on National Defense through Mayor Edward J. Kelly. Though operated by the City of Chicago, the center was positioned inside the Elk’s building at 178 W. Washington Street, in downtown Chicago.

“We are the greatest nation on earth. We are a beacon of hope, the beacon of hope for freedom and democracy for the entire would because of the dedication, service and sacrifice of our military men and women, their families, and our veterans,” said Rauner.

On Monday, February 1, a celebration of our nation’s “littlest heroes” was presented at Naval Station Great Lakes with “USO Cupcake Wars: 75th Birthday Edition”. Thanks to the support of the Chicago Blackhawks and Fresh Market of Lake Forest, military kids decorated sweet treats in honor of the USO’s birthday, and enjoyed a pizza party while watching a favorite animated film in the PepsiCo Movie Theatre.

USO Rock Island celebrates 75 years of service at Military Spouse Night. To reach a milestone of 75 years of service it takes many community partnerships and supports. CNA is a cornerstone partner of the USO Illinois. For over a decade, CNA has provided vital funding, special programs during the holidays that let our service members know they are appreciated, volunteer support and a home base for the USO Illinois’ administrative headquarters. So when CNA decided to throw a birthday party for 100 military and civilian guest and USO volunteers on February 3, it was sure to be a great one. Guests and staff were greeted in the morning by the Naval Station Great Lakes Brass Ensemble and a special luncheon fare was offered, with menu items chosen straight out of a 1941 chow hall menu.

“What has the USO always meant to my friends from the Marines, Navy and Airforce or to the American Public? All America appreciates what you do for the service men and women and for all the happiness and enjoyment you have given to the people everywhere throughout this country and the world. To my friends from the USO to the donors, to the military, to the appreciative American public, but to the USO thank you, thank you. And may you live to see another 75 years of the USO’s service to our nation” said LTC Matt Yandura, US Army , Department Chair and Professor of Military Science, Loyola University Chicago.

Thursday, February 4th, marked the big day and the USO Illinois celebrated the official 75th Birthday of the USO at all five of its center locations, with parties being held for military and supporters.

“The USO has been a staple in Illinois for almost 75 years. We strive to touch the lives of service members and their families every day. To all of our service men and women, we salute you,” said Alison Ruble, President and CEO of the USO Illinois.

USO Paddle Platoon from Westmoreland Country Club presents Jessica Dolan, VP of Development for the USO Illinois, we a donation from the USO Paddle Marathon.

On Saturday, February 6th, the USO Paddle Platoon hosted its 10th Annual USO Paddle Marathon raising a record breaking $20,000 in support of military and military families! The efforts of Tom Maentz, Scott Johnson, the Westmoreland Paddle Platoon and donating members made this success possible. Funds raised from the annual Paddle Marathon are dedicated to the support USO Programs and Services.

Also on Saturday, USO volunteers traveled to Springfield, Illinois to support members of the 183rd Fighter Wing, Illinois Air National Guard by providing special sweets and treats at lunchtime in appreciation of their service to our nation and communities. The free desserts were made possible by the Girl Scouts of Great Chicago and Northwest Indiana. The extra special touch of hospitality provided a “home away from home” for the military that the USO is famous for.

The USO Illinois would like to thank all of our military and military families as well as our friends, partners and donors for the on-going commitment they have had to the USO for the past 75 years.