USO BBQ for the Troops begins 4th Year of Program 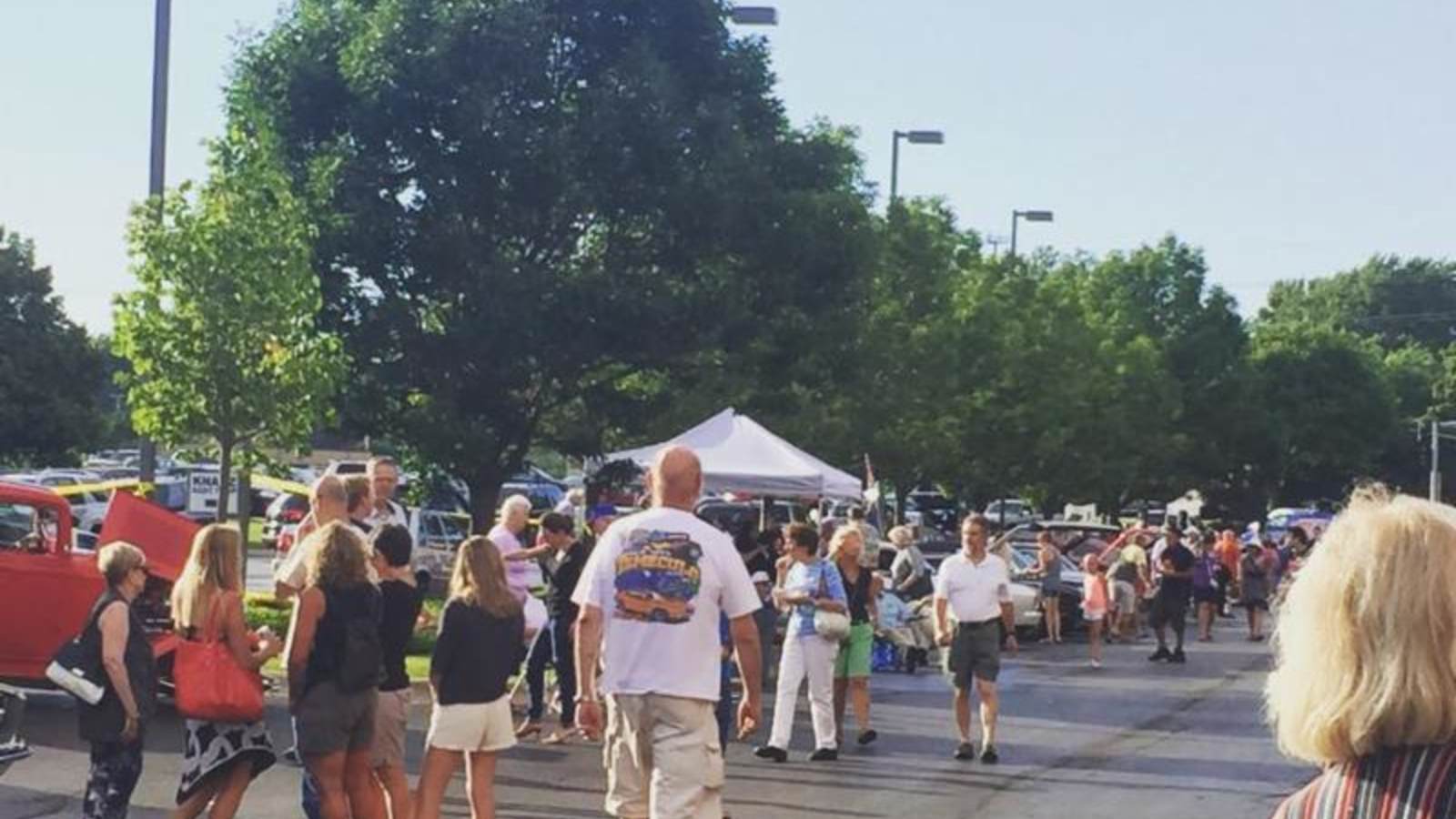 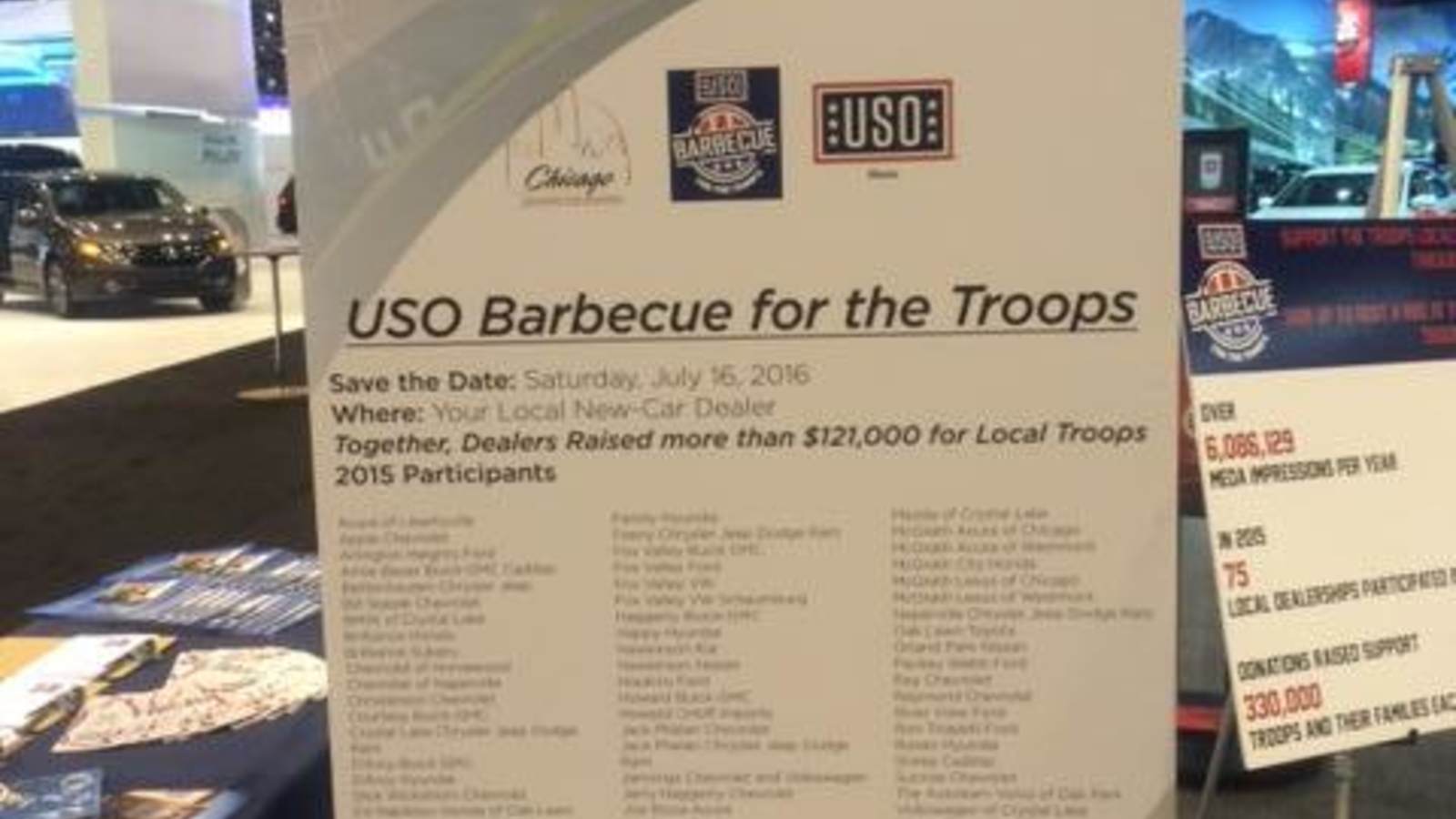 USO Illinois is excited to partner once again with the Chicago Automobile Trade Association (CATA) and local new car dealerships, for the annual USO BBQ for the Troops. Since 2013, 215 Chicagoland car dealers have raised over $260,000 for the USO Illinois. On February 12th, the USO Illinois was welcomed by the CATA to the First Look for Charity at the Chicago Auto Show. USO staff and volunteers signed up dealerships to participate in the program while our friends over at Real Urban BBQ handed out delicious treats to get patrons in the mood for the BBQ season. This year join the CATA and the USO Illinois on July 16th for BBQ for the Troops!

“Many CATA dealers already provide support to military groups and returning service men and women, so we knew the USO Barbecue for the Troops idea would resonate tremendously among our membership,” said CATA Chairman John Webb. “This is a great way to employ the community of new car dealers in Chicago for the benefit of a great organization.

Last year, CATA and USO came together to kick-off BBQ season at the United Center with a high-octane celebration and media event with Bub City and Real Urban BBQ, music, auto show and more. Dealers participating in the 2016 BBQ for the Troops program, launched the Cup Holder Change Drive to encourage people to stop by their local dealer’s service center.

On July 16th, participating Chicagoland dealerships will start their engines and heat up their grills for the USO Illinois. Some of last year’s BBQ for the Troops highlights include:

A list of dealerships participating in BBQ for the Troops this summer will be available soon.

Thank you to the CATA and local participating dealerships for continued partnership on the BBQ for the Troops initiative.