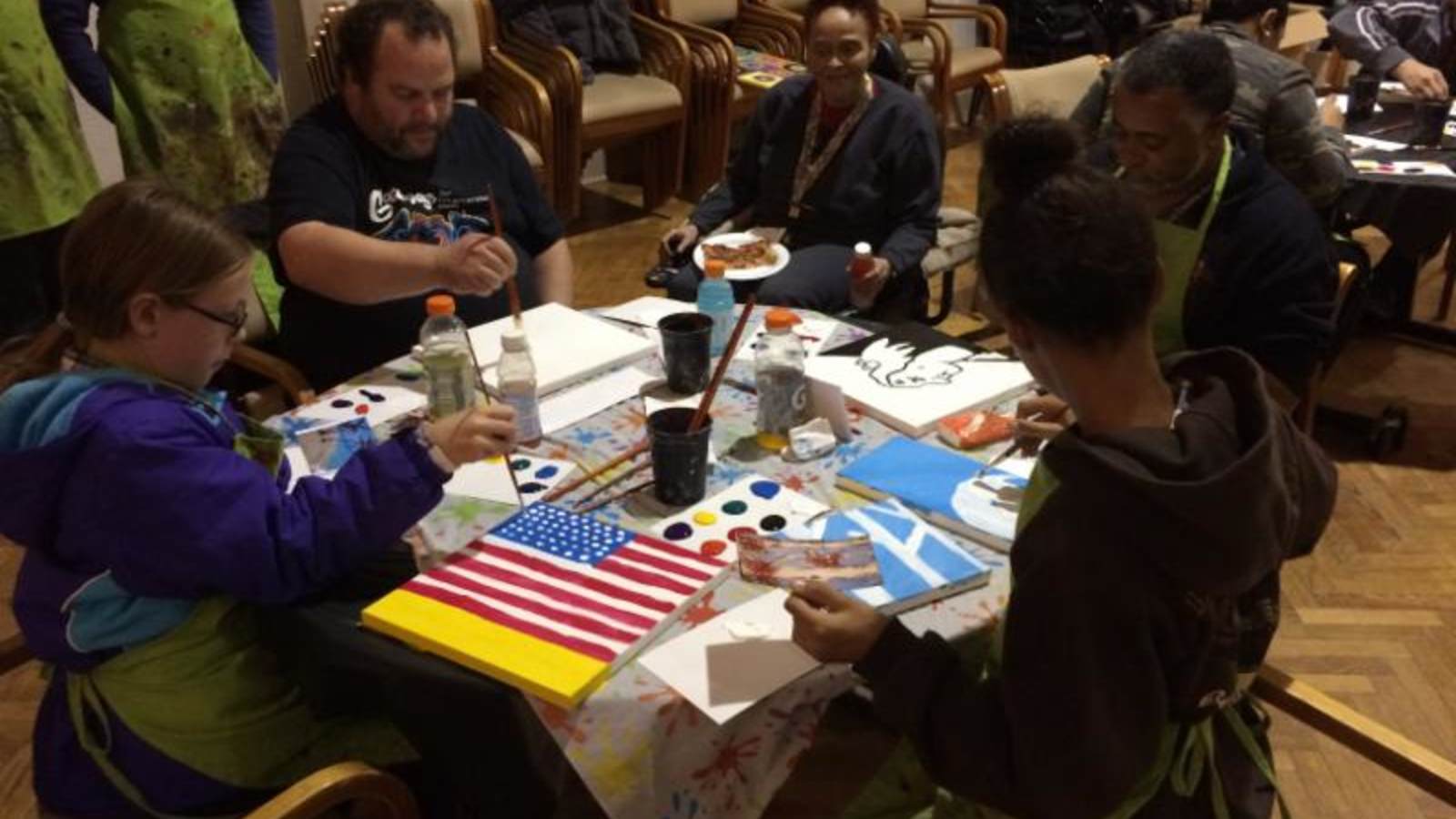 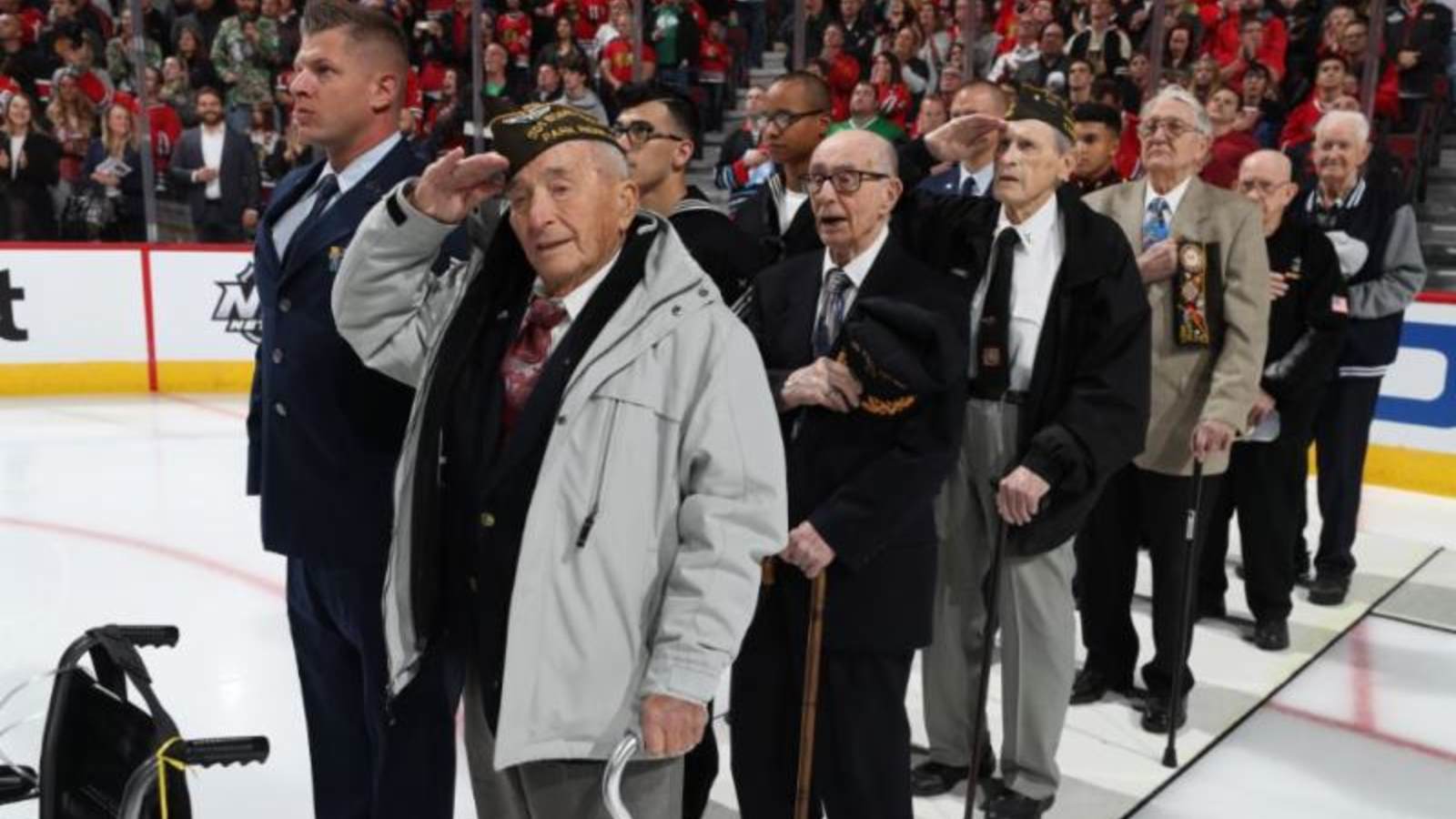 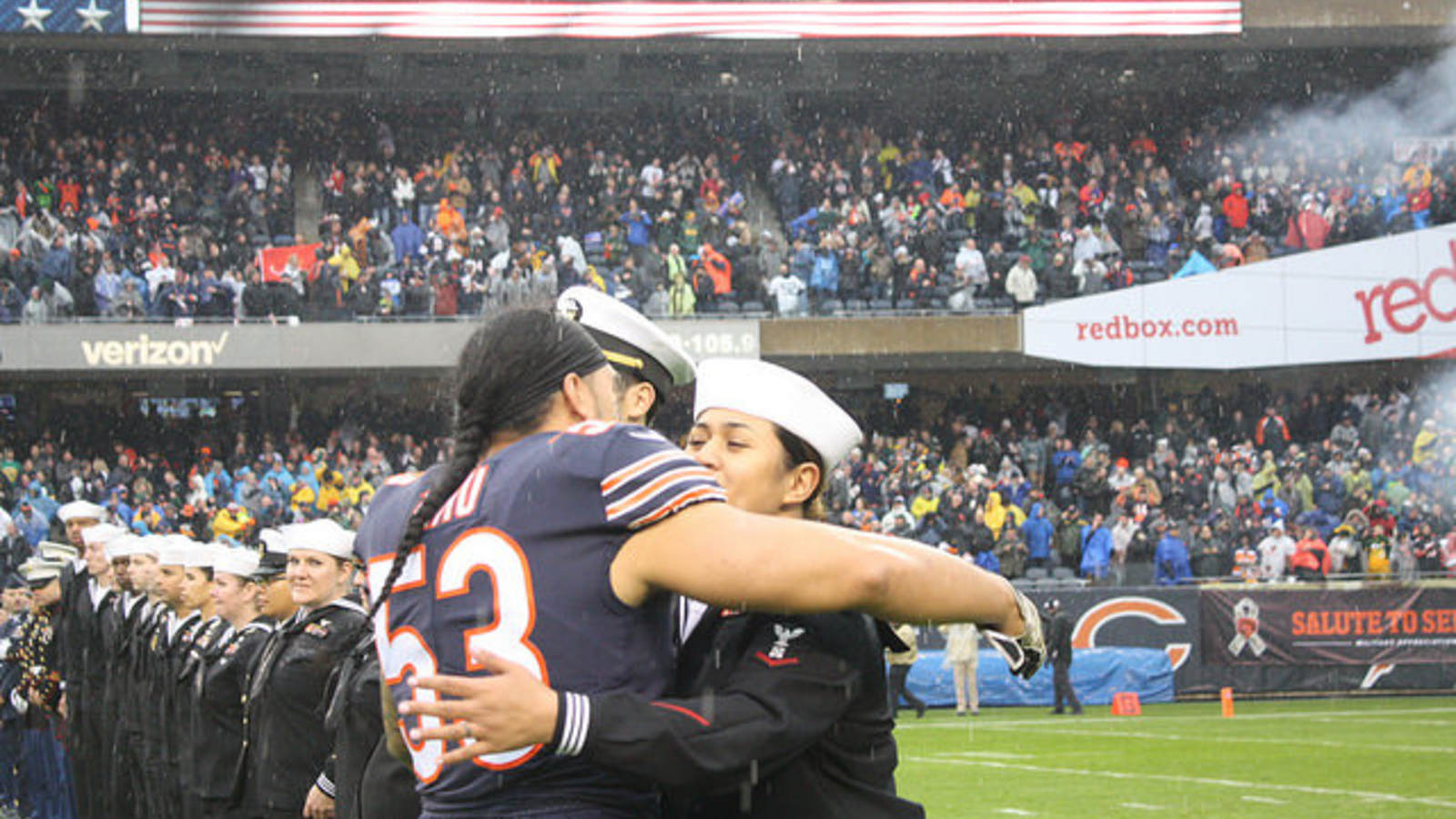 This Veterans Day, our partners across the state hosted events to honor our past and present military service members.

The Chicago Blackhawks and The Boeing Company recognized 60 members of the United States Armed Forces during the National Anthem on Sunday, November 5 - including 30 World War II veterans, each who were partnered with a currently serving member from their respective branch. Additionally, during the first intermission, USO Illinois President & CEO Alison Ruble hosted a symbolic passing of Service Core Values from one serving generation to the next. This ceremony paired a distinguished veteran from each of the five branches with a uniformed representative preparing to serve their country.

On Sunday, November 12, the Chicago Bears hosted their annual Salute to Service Game in partnership with The Boeing Company. One hundred service members saluted while standing on each 20-yard line and Veteran Bear’s season tickets holders unfurled a large American flag. Halftime included patriotic remarks from Alison Ruble, USO Illinois President and CEO, a reenlistment ceremony and a medal presentation for three service members who recently returned from deployment.

Military youth from our Teen/Tween with the Chicago Bears program participated in a Paint with a Vet event at Captain James A. Lovell Federal Health Care Center! Arts n Spirits of Bucktown facilitated a wonderful canvas and paint activity that was thoroughly enjoyed by all, and the evening concluded with a round of Bingo with autographed prizes provided by the Chicago Bears. A special thank you to John Timu, #53 LB with the Chicago Bears who’s also a military spouse, for spending the evening with our group!