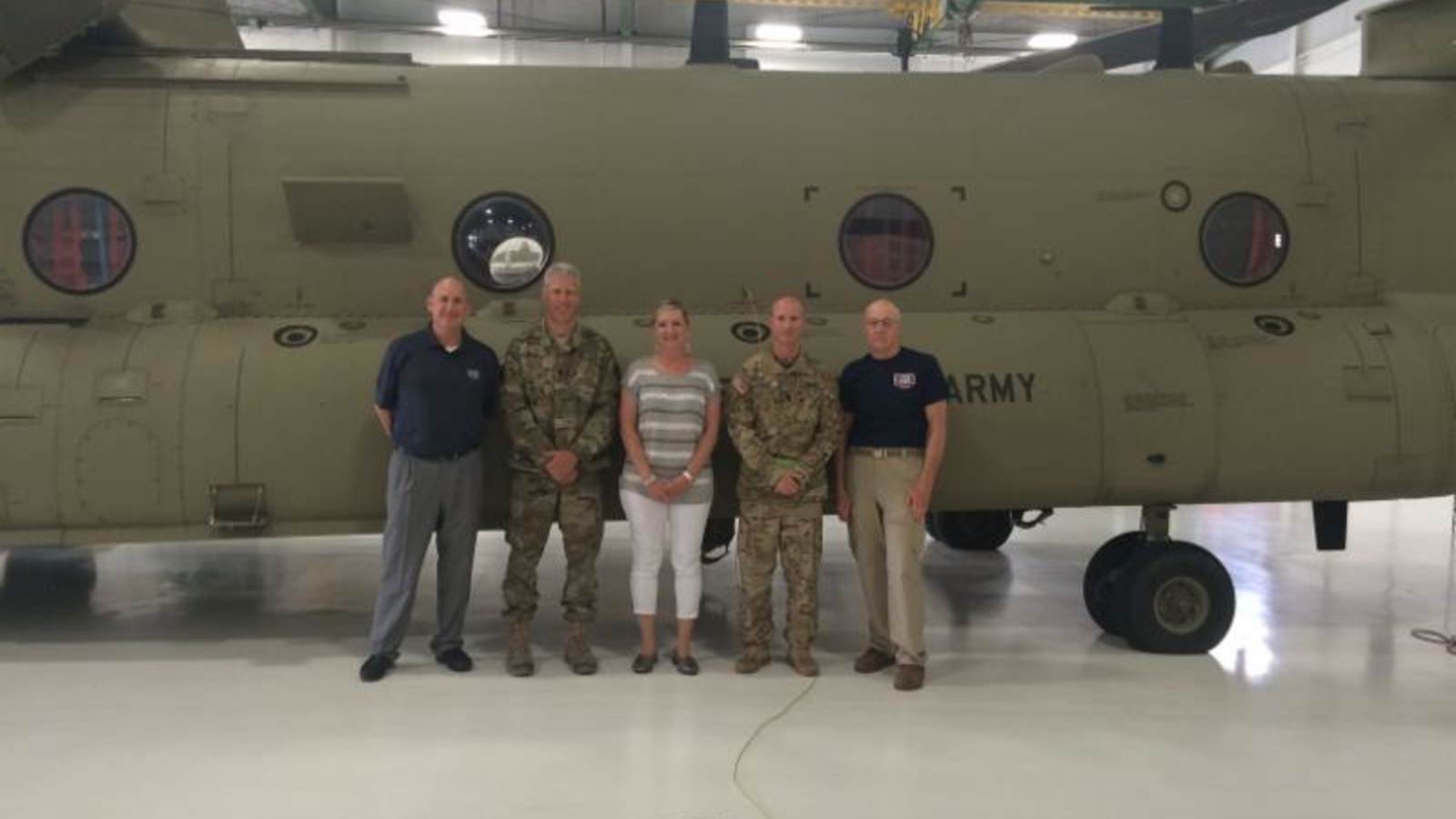 June 14, 1775, the United State Army was officially founded, and our nation adopts the first United States Flag. USO Illinois staff, volunteers and committee members celebrated the 243rd Army Birthday at USO Rock Island in honor of Flag Day. The group served a No-Dough lunch to 60 service members from the 2/211th and 248th Iowa Army National Guard, located in Davenport, IA. After lunch, the group was treated to a tour of the facility including a peek inside a F-Model CH-47 Chinook and LUH72 Helicopter!