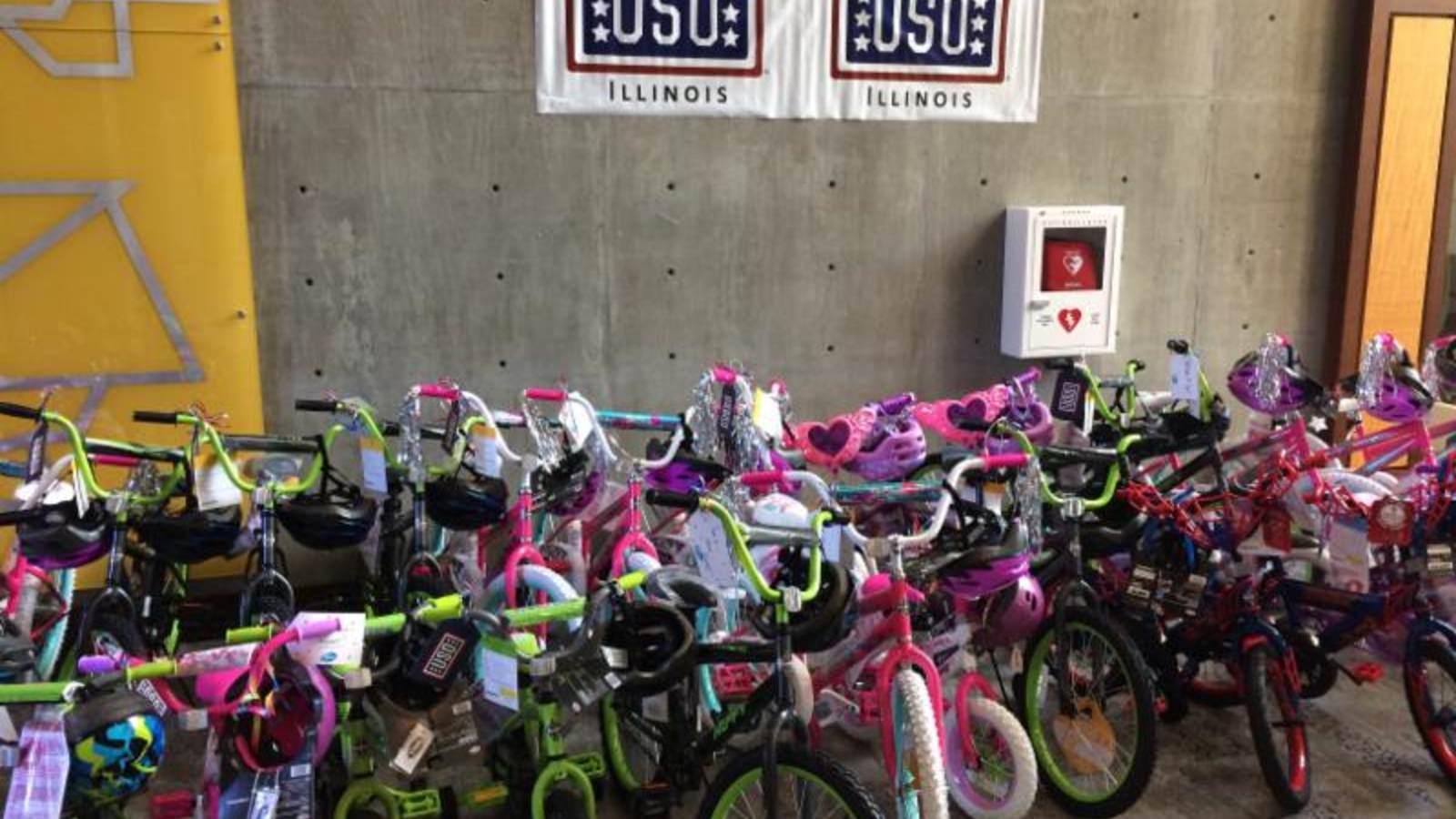 For the third consecutive year, USO Illinois partnered with Pfizer of Lake Forest in Operation That’s My Ride! Pfizer’s employee volunteers built 120 bicycles to be distributed to military units across the state. This local goal was part of an initiative to build 1,000 bikes across the world with USOs at 8 partnering Pfizer locations. The majority of the bicycles will be awarded to randomly selected military children attending military unit holiday gatherings this month. In addition to bikes, each child will also receive a helmet for safe riding!