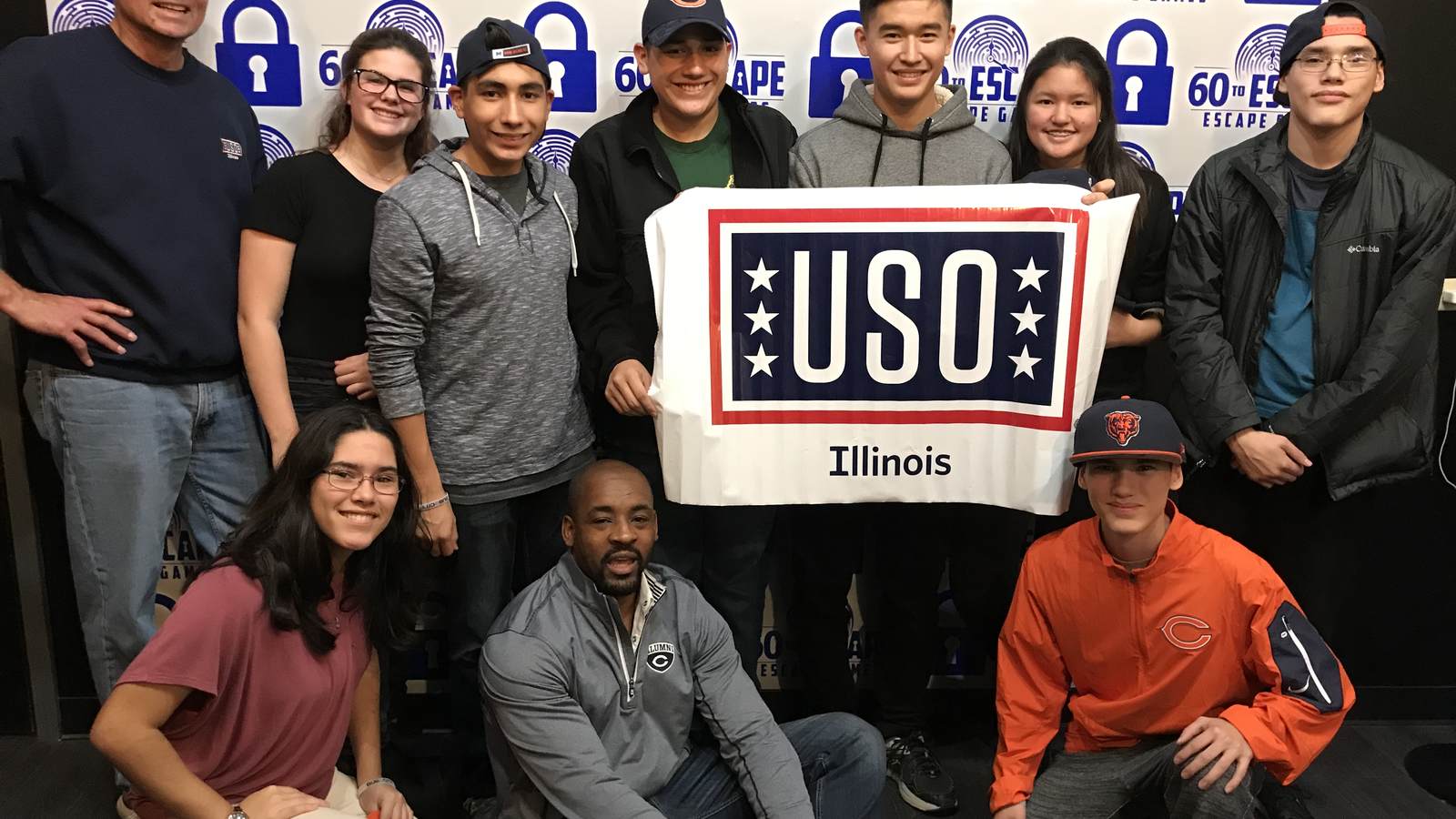 Can you complete the puzzle in 60 minutes and escape the room? Forty USO Teens/Tweens took the challenge on November 4 with former Chicago Bear, Rashied Davis, at 60 To Escape -Tilt Studios located in Gurnee Mills. The youth and Rashied immersed themselves in the adventure game collecting clues and solving brain teasers and puzzles to complete their mission! All 5 of the teams escaped in less than 60 minutes and were rewarded with a pizza party and time in the laser blast, mini-golf and arcade.

Thank you to Rashied Davis and the Chicago Bears for their continued support of USO Military Youth Programs.