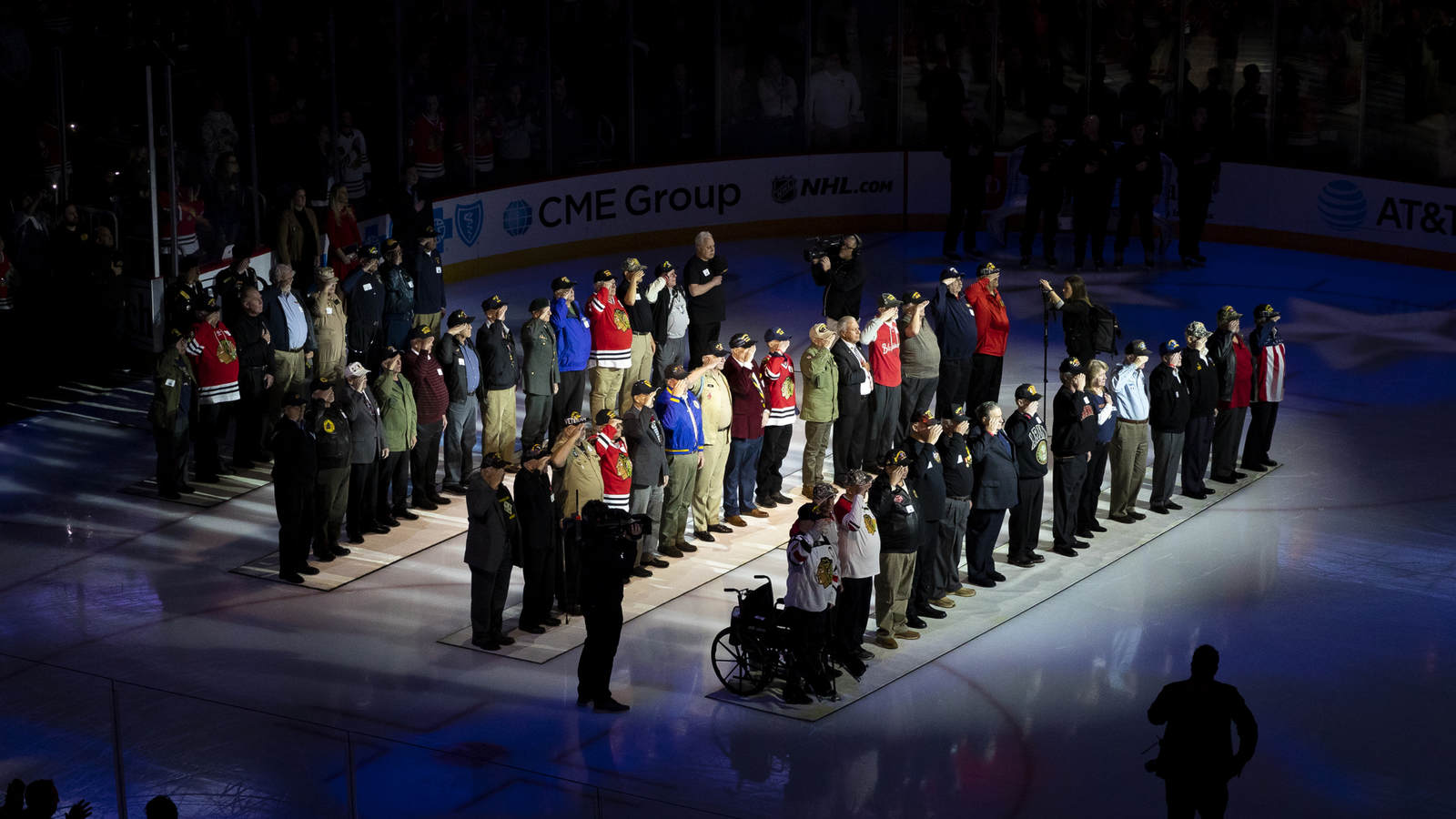 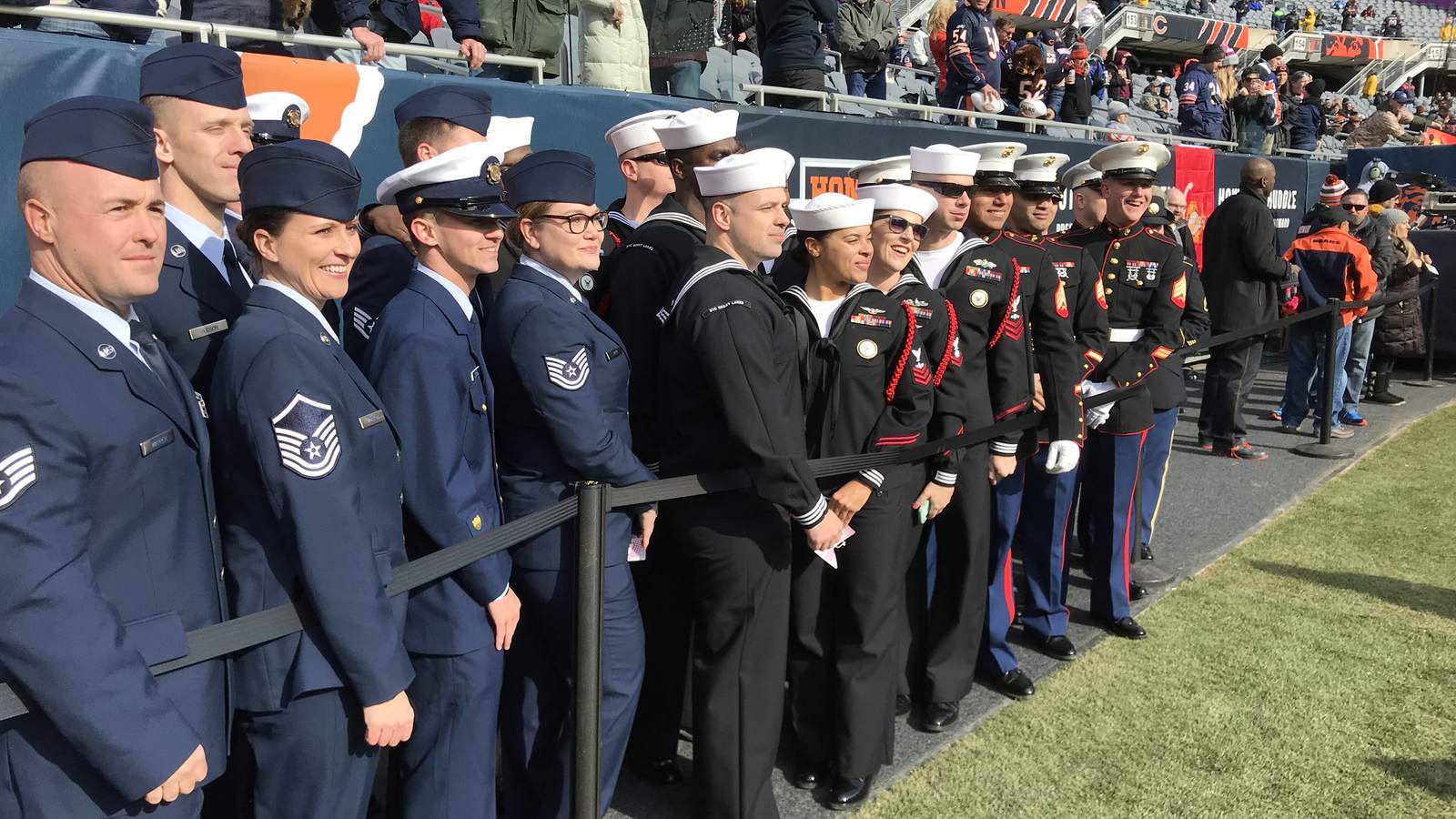 On Thursday, November 8, the Chicago Blackhawks, the Boeing Company and USO Illinois recognized 50 Vietnam War era veterans during the national anthem as part of the 13-year Presidential Proclamation of the Commemoration of the 50th Anniversary of the Vietnam War. Among them, were eight Bronze Star Medal recipients, eleven Purple Heart recipients, and numerous individual awards and decorations for courage and valor. During the first intermission, General Stephen J. Townsend, Commanding General United States Army Training and Doctrine Command; and Alison Ruble, President and CEO of USO Illinois, gave special recognition to Sergeant Thomas J. Eichler, U.S. Marine Corps, who was awarded the Silver Star, and Chief Warrant Officer David J. Dohm, U.S. Army, who was awarded the Distinguished Flying Cross during the Vietnam War.

On Sunday, November 11, the Chicago Bears held their annual Salute to Service game at Soldier Field. USO Illinois coordinated the pre-game and halftime military showcase. The showcase included an honorary coin toss by Staff Sergeant Mike Mendoza, who was awarded the Navy Cross and Purple Heart for heroism during the Battle of Fallujah.

Let us remember that it is never too late to pay tribute to the men and women who answered the call of duty with courage and valor.

Thank you to the Chicago Blackhawks and Chicago Bears for their salute to the military community.