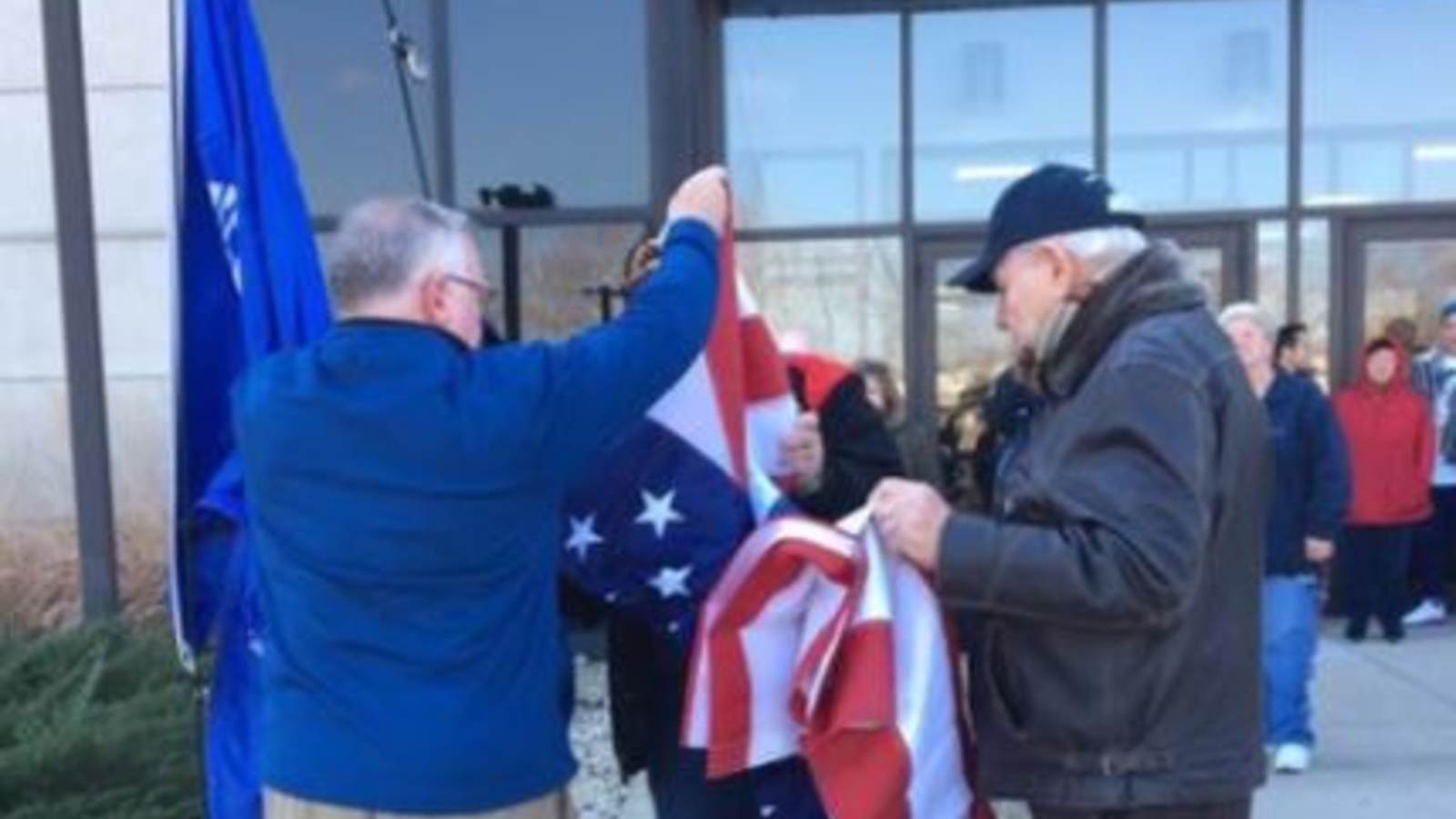 USO volunteers and Chris Miller, Director of Center Operations and Volunteer Services for USO Illinois, attended a Veterans Day event with United Airlines. USO volunteers spoke to United Airlines employees about their time in the service and told touching stories of their interactions with service members flying through O'Hare International Airport. After the speeches, USO volunteers did a special Veterans Day flag raising ceremony, during which they taught the United Airlines staff about how to properly raise, lower, and fold a U.S. Flag.

Thank you to United Airlines for their continued support of our USO O'Hare Center.