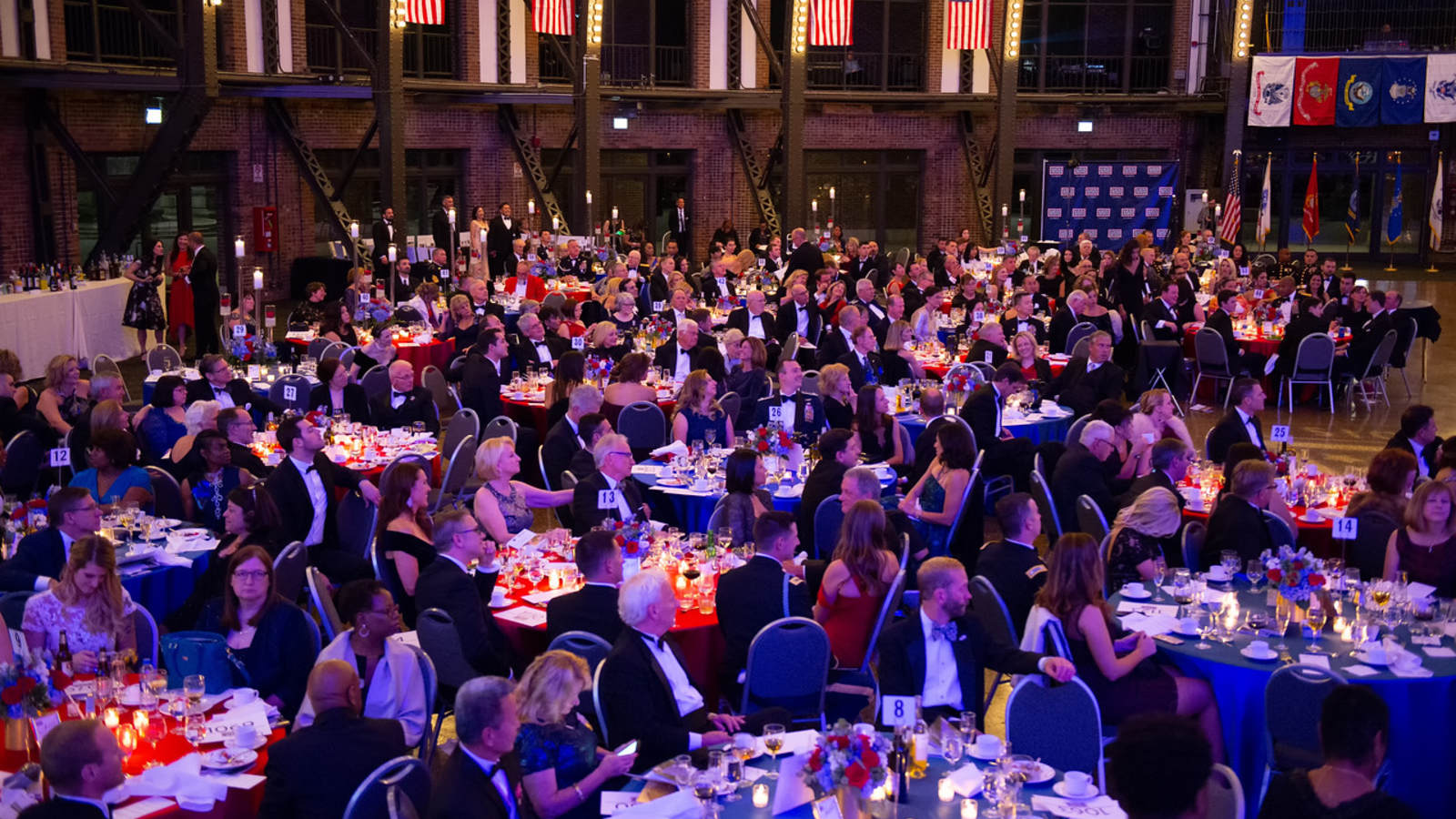 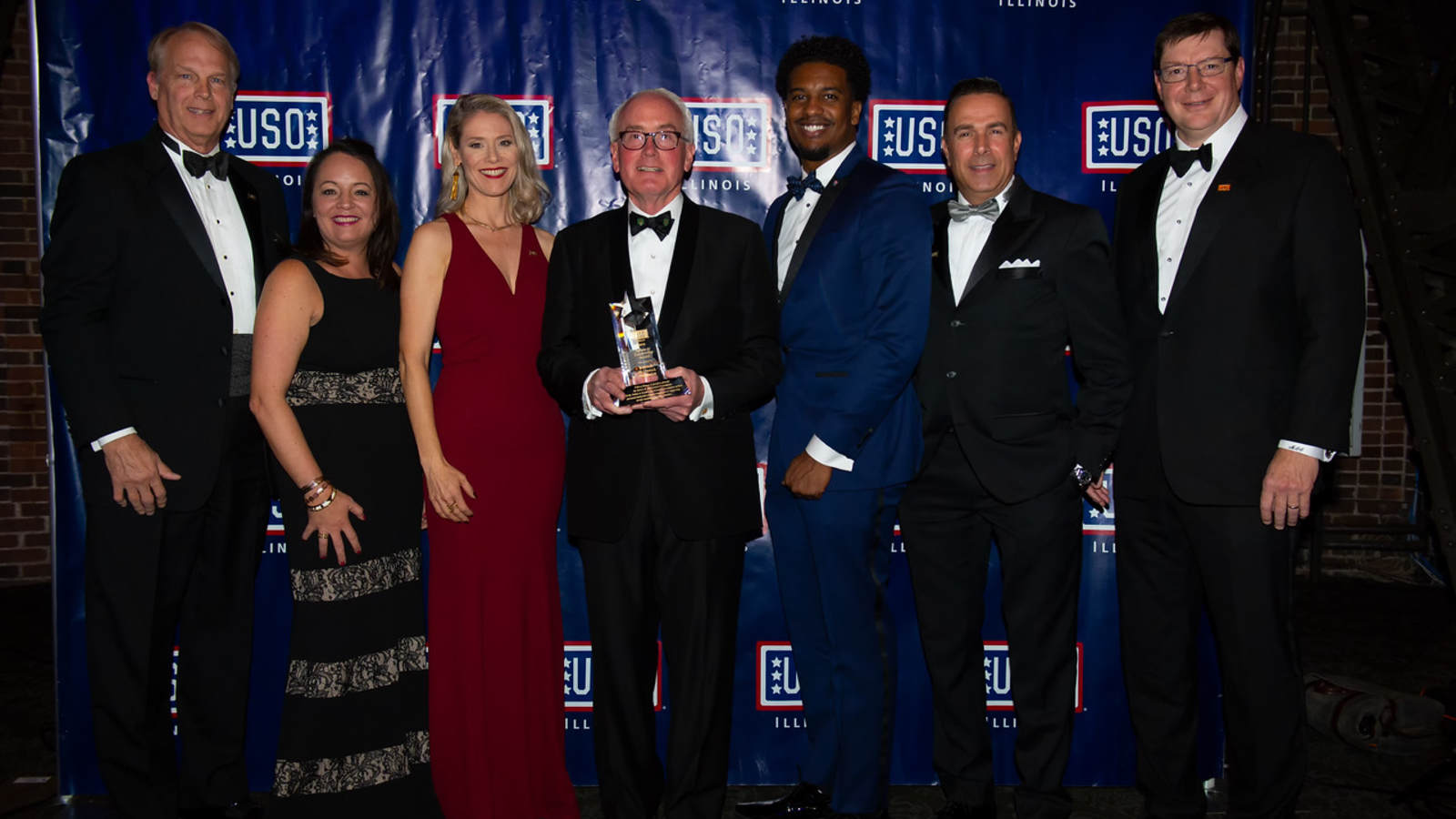 On Saturday, October 20, USO Illinois hosted its annual USO Star-Spangled Salute Gala. The night of stunning military pageantry opened with a procession of the 50 state flags by U.S. Navy Recruit Training Command (RTC) Flag & Drum Corps; the presentation of our colors by the 2nd Battalion, 24th Marine Color Guard; a beautiful rendition of the National Anthem by Chicago’s own, Alleece Baker; and a salute to all five branches of the military. Highlights of the night include the Robert R. McCormick Foundation receiving the USO Salute to Leadership award for their generous donation of $600,000 to fund the USO Pathfinder program in Illinois. The gift is the largest ever received by USO Illinois during its 77-year history.

Special guests in attendance included Medal of Honor Recipients James Livingston, James “Doc” McCloughan, and Al Lynch. This year, USO Illinois also had the honor of hosting James Glaser, a U.S. Navy and U.S. Army Veteran who served in three conflicts including WWII, the Korean War, and the Vietnam War. Also, in attendance was Albert Mampre, a U.S. Army Veteran who served in WWII and was part of the 101st Airborne Division, Company E, famously known as the “Band of Brothers”. Other special guests included Susan Schneider Williams, widow of famous comedian Robert Williams, and Armand Assante, an American actor known for his role in the HBO miniseries Gotti.

The event raised over $947,000 for USO Illinois programs and
services that support nearly 325,000 Active Duty, Guard and Reserve service members and their families annually.