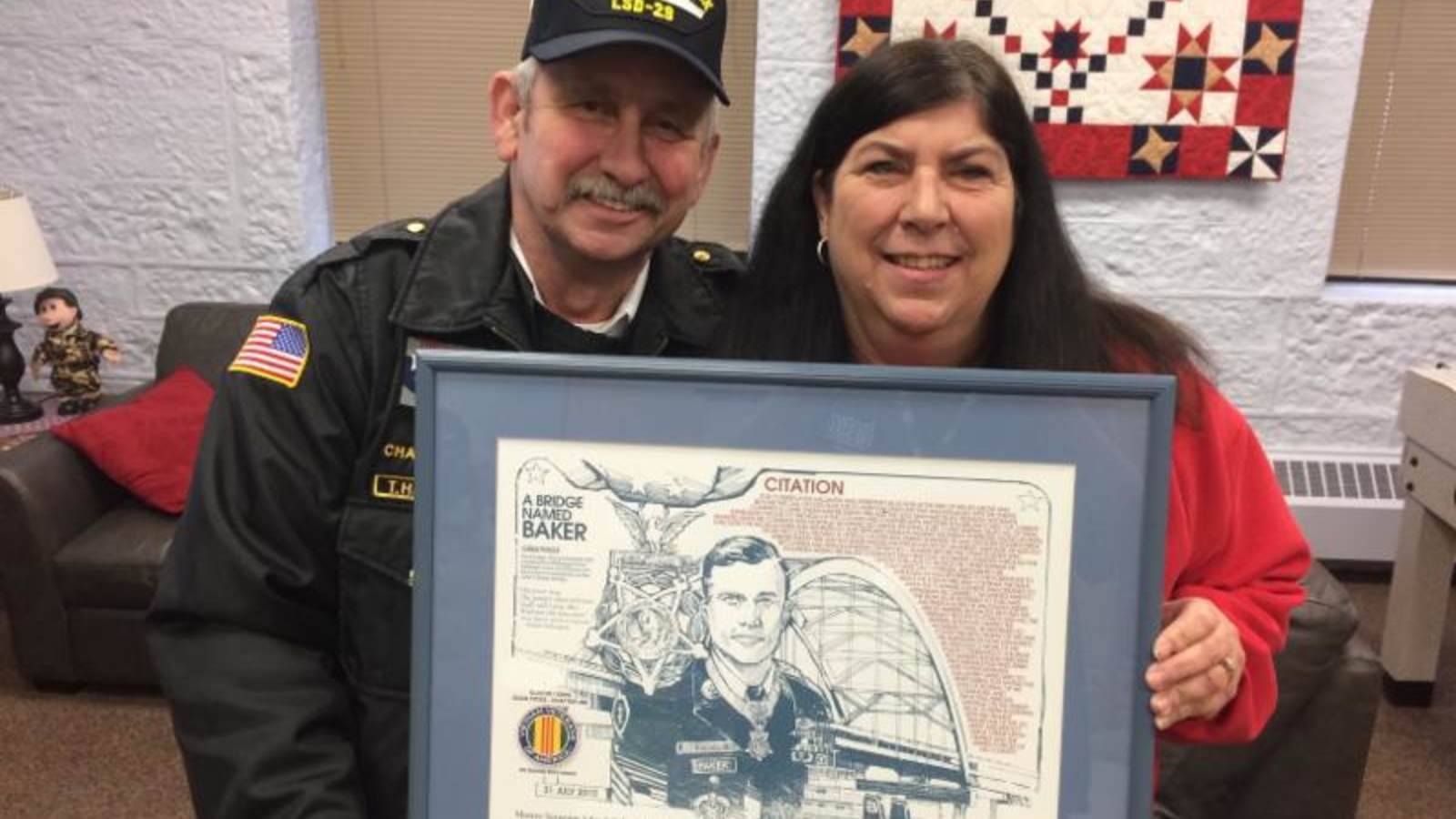 Driving down Interstate 280 on the border of Illinois and Iowa, you pass over a nondescript blue bridge. A green sign reads “Sergeant John F. Baker Jr. Bridge, Medal of Honor Recipient”.

John Franklin Baker, Jr. was born in Davenport, Iowa in 1945. His military service began with the A Company 2nd Battalion of the 27th Infantry Regiment, 25th Division in Moline, Illinois. In 1966, Baker’s unit was sent to the Republic of Vietnam and on November 5 the unit encountered heavy enemy fire. Sgt. Baker’s selfless heroism, indomitable fighting spirit, and extraordinary gallantry were directly responsible for saving the lives of several of his comrades and inflicting serious damage on the enemy. For his heroism, Baker received the Medal of Honor. In 2010, the bridge dividing Davenport, Iowa and Rock Island, Illinois was officially named after Baker.

Thank you to the Vietnam Veterans Quad City Chapter 299 for this special piece of Rock Island history.